Despite of all this involved in the boot animation, Microsoft claims that Windows’ boot time is not affected at all, not that I care since I enjoy watching the boot animation each time the PC boots. Here’s an article on the Engineering 7 blog about the boot animation, forgive them for the videos, someone wasn’t sent a memo that the Soapbox would be discontinued.

Hand drawn conceptualization of the animation: 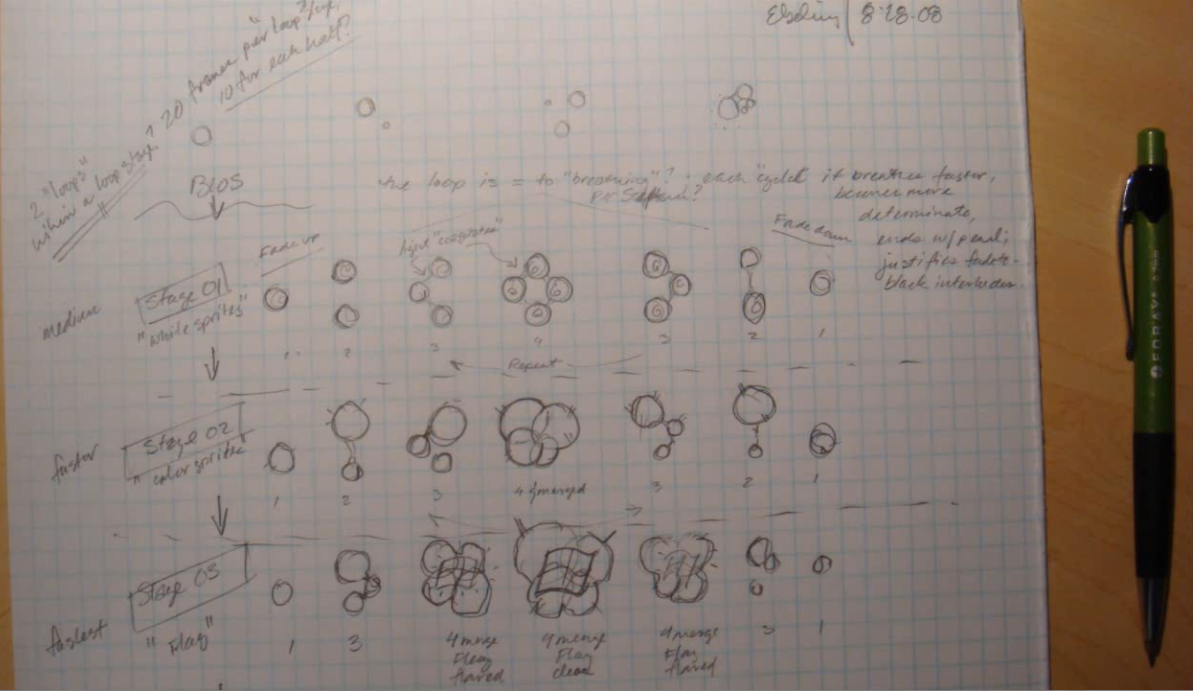 The initial proof of concept animations:

Note: the video jitters a bit, but that’s what was uploaded.