Microsoft’s Answer To The iPad Is Windows 8. Leaked Documents Show How

As a consumer I believe that companies should share with customers what their plans for the future are so that I can make an informed decision but that doesn’t happen unless some guy leaks a huge bunch of internal documents for us to feed on. 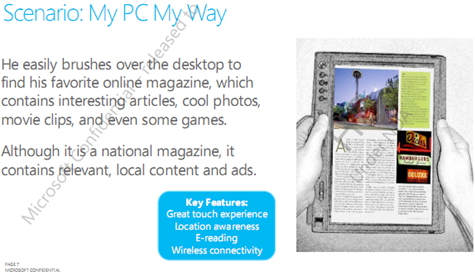 Microsoft’s answer to the Microsoft unceremoniously killed the Courier tablet, then came the HP-Palm deal and then came out the Windows Compact Embedded 7 something something. With all this mess, I wasn’t so sure if Microsoft did have an answer to the iPad.

The leaked documents show that Microsoft plans to counter the iPad with a strategy similar to Windows Phone 7’s. Microsoft doesn’t plan to do their own tablet hardware instead plan on having features in Windows for the slate form factor. The documents refer to this segment as the lap PC. 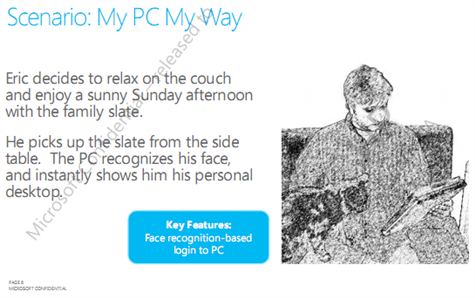 Like the iPad, Microsoft sees the Lap PC to be more of a media consumption device. Microsoft lists the following uses: 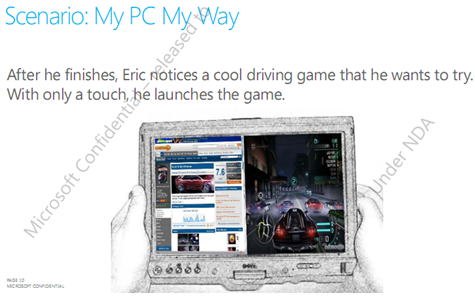 Microsoft plans to address the following use-scenarios and features:

Again, there’s more where that came from. Hold on.