So far I wasn’t snooping around for Windows 8 information since I thought the guys didn’t want their hard work to leak, unfortunately it seems that the engineers at Redmond seem quite comfortable that enthusiasts do have access to real Windows 8 builds. We’ve come across some interesting screenshots regarding Windows 8 and looking at two screenshots I present to you what seems to be the extent of Windows Live integration in Windows 8.

Straight up, it doesn’t look like Chrome OS, Windows Live ID as logon for Windows 8 doesn’t seem to be happening.

Yesterday, I speculated that since the Windows Live profile pic of the user is being shown in the taskbar it won’t be shown in the Start menu anymore. I was wrong. Here’s one screenshot: 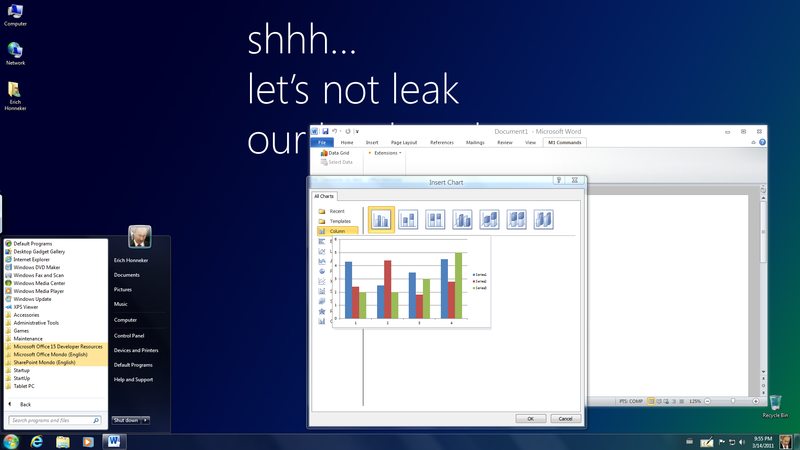 The profile pic in the Start Menu and Task Bar are the same, they show the user’s face, which means he has associated his Live ID with his Windows profile and is logged in. Here’s the second screenshot: 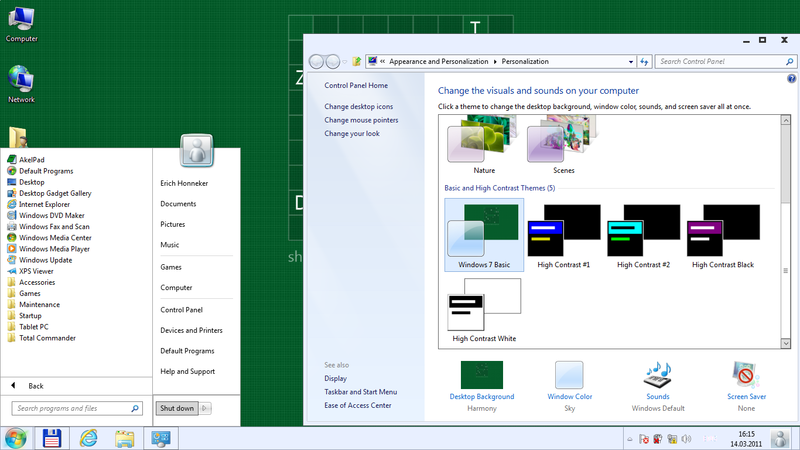 The image is the placeholder, which could mean one of two things:

I’ll go with option 2 because that’s where things seem to come together:

In Windows 7, the user can associate his Windows Live account under Control Panel (Control Panel\User Accounts and Family Safety\User Accounts\Link Online IDs) but that does not lead anything interesting in. Put Windows Live Mesh into the picture and we can sync files, folders, IE bookmarks, Office signatures etc. So here’s what I see:

Unlike Chrome OS where you login using your Google ID to get access, Windows 8 will continue to work with Windows profile that can be associated with your Live account just like in Windows 7. So when you install Windows 8 you might have an option to enter your Live ID when you create a Windows account, but you’ll still need to create a Windows profile. What will be happening is that the scope of the integration increases and I hope to see some Mesh features like browser favorites and menu options being synced much like Chrome browser preferences being synced. But those will be accessible if you login to Live once you’ve logged into Windows.

PS: The placeholder is the same image seen in Windows Live Essentials when a user is not logged in or doesn’t have an avatar, I’m going with not logged in.

Update: I think point #2 is valid since the user is not connected to the Internet hence not signed in with his Live Id, hence the picture isn’t showing.