Yesterday, Paul Thurrott wrote about the new features coming in Outlook 15 and among the features he wrote about I see a new theme in there. Unlike the Office 2007 and 2010 themes, that were essentially gradients, Outlook 15 has a pattern design. Here’s the pattern in a screenshot shared by Paul:

The same pattern is present in other Office 15 products (Word, Excel, PowerPoint). Thanks to @angelWZR for pointing this out, Paul’s overview post on Office shows the pattern throughout the suite.

PS: The theme reminds me of the header themes on Windows Live.

Update: So as it turns out, Office 2013 has several new patterns/backgrounds/themes. They add a nice touch to the Metro UI: 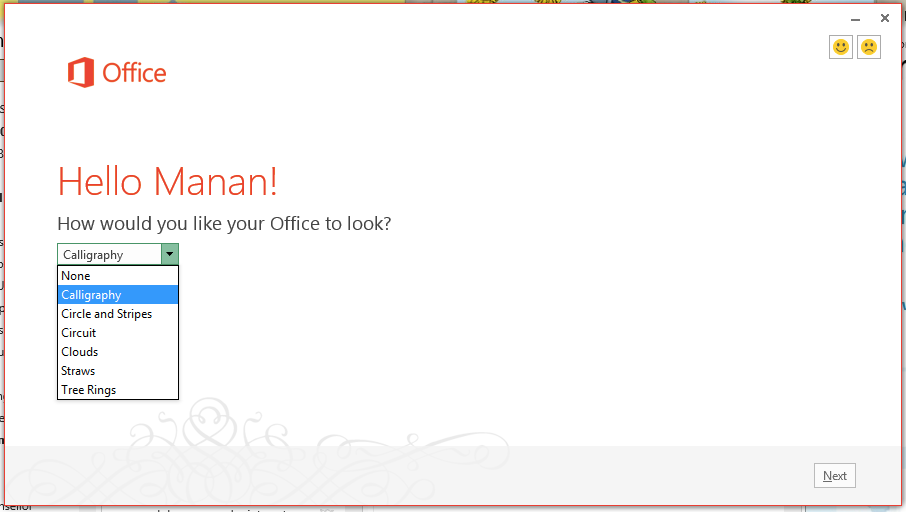