Setting Up Windows 8 On A Mac

I got my hands on the RTM build of Windows 8 through TechNet and decided to install Windows 8 Pro on my MacBook Air and once I get my primary PC-Dell XPS16-Enterprise shall be installed on it. My adventures with installing Windows 8 on the Air have been quite interesting and it took me longer than expected to get everything running.

How much space should you allot?

Once you’ve started the installation, let Apple & Microsoft make sweet love to give birth to Windows on your MacBook. Once that’s done here’s what you do:

Get Boot Camp drivers if your USB was 4GB:

Now we go into Control Panel on Windows and launch Boot Camp to configure our trackpad: 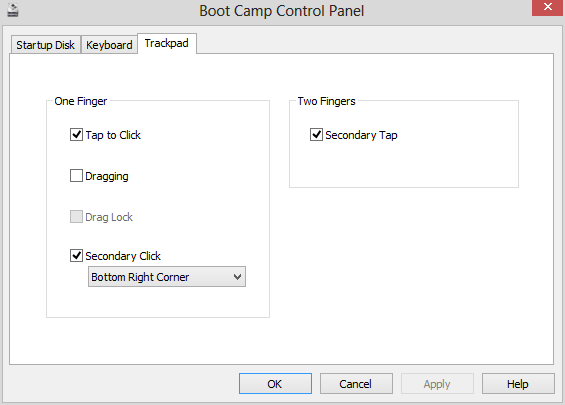 Once that’s done, we have our basic functionality all working. Now we’ll configure parts of Windows 8. To begin with:

Now we head into the Windows Store and get ourselves some apps. Here are my recommendations:

Next we get Office 2013 Preview and with that we get SkyDrive. The installation is quick and requires to hit Next a couple of times. Once that’s done, you should see a bunch of Office apps on your Metro screen. And SkyDrive; set it up.

Unpin the ones you don’t want.

In your  Modern interface, center right edge of the screen should let you scroll towards the right, similarly for the left.

Unfortunately, this method of scrolling does not work within apps, which is absurd. You now have a usable Windows 8 MacBook with a desktop for desktop apps and the modern UI for modern apps.