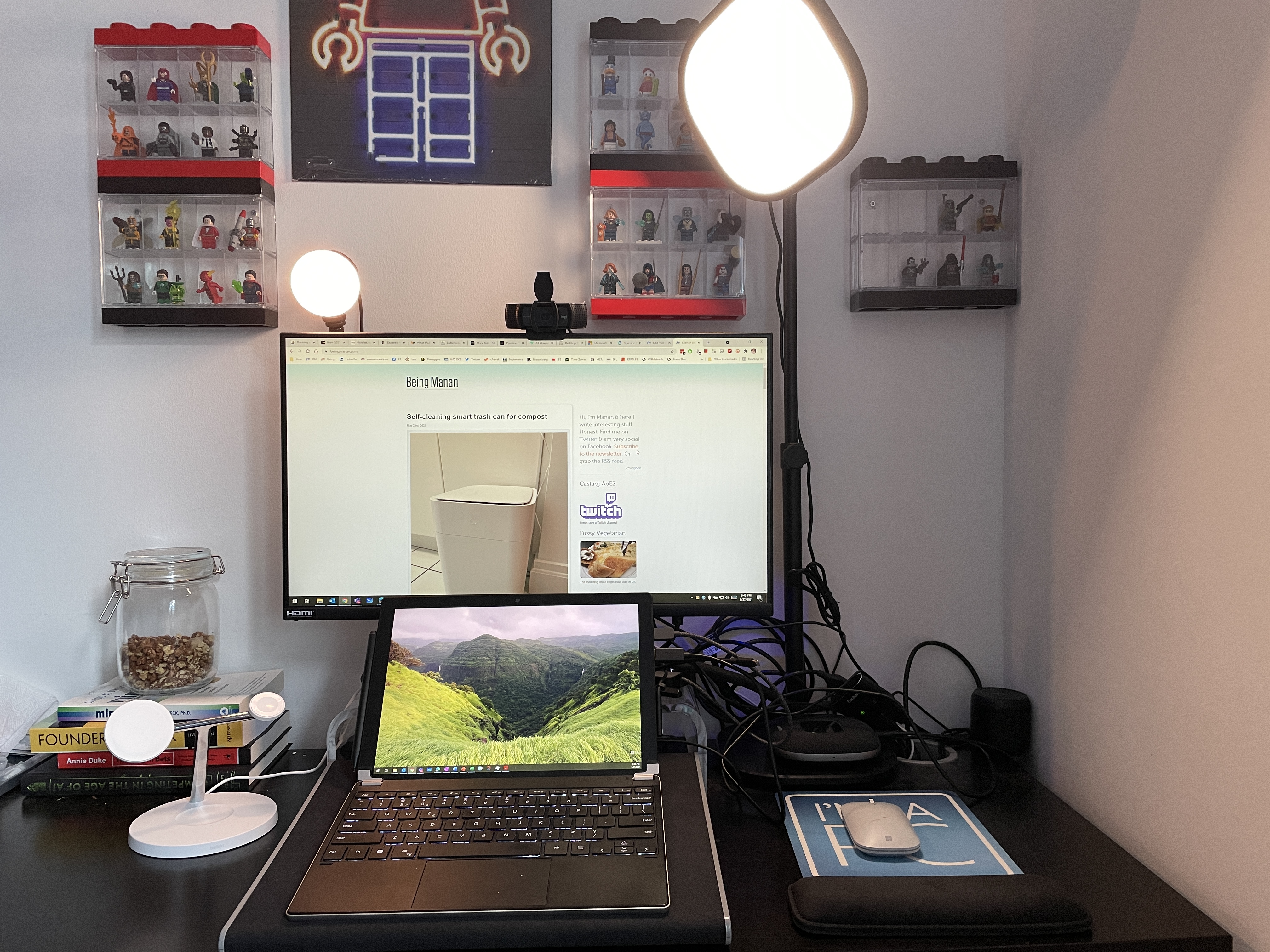 Now that I’m working from home a lot, I’ve been updating my setup with work from home gadgets. The last post was focused on mobility within the home, this list focused on the work desk. It all started with me getting a Logitech web camera to hide my double chin…

Video calls on the iPhone camera on a stand or the laptop camera had a weird angle for my face. I either have my second screen either on the side or behind the laptop, this makes me look awkward on video calls as I look on the different screens. So I started looking for a dedicated camera. It turned out that several other people had the same idea and there was a shortage in the market and an artificial price inflation. (Who thought that the graphics card market and the web cam market would have the problem in 2021?!)

I ended up getting the Logitech C920e for a hefty premium. It seemed like the popular choice on the Internet, and frankly I was both surprised and not surprised that Logitech was still making webcams. It was either out of stock or had varying prices on Walmart, Amazon, Best Buy, Newegg, the cheapest was on B&H Photo with the shortest delivery time. Some screenshots of the Logitech app, a photo of the camera and a photo of me through the camera: 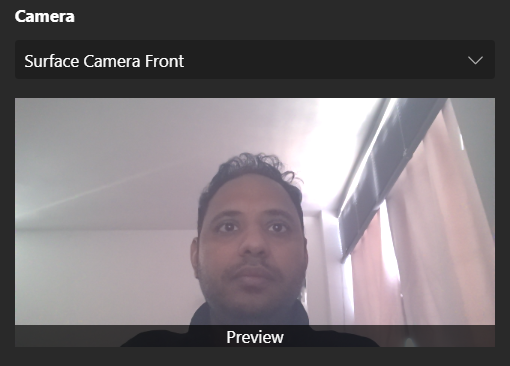 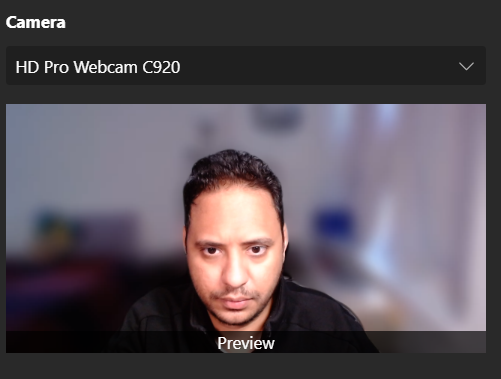 Setting up the camera was a simple plug and play. Both Microsoft Teams and Zoom detected it and I realized that in most cases people could only see a silhouette of me. I tried out a few camera configuration settings from the Logitech app, unfortunately with the brighter windows behind me, I needed vlogging lights. And that’s my next product.

I love this. It’s bulky on my small-ish desk but I really really love the light. I first got a cheap light off of Amazon for the camera which started giving me a lot headaches after 30 mins into a call. Since I am (more than normal) sensitive to bright light on my face, I needed a light that didn’t trigger the migraine. I knew Elgato as a brand for a while thanks to some of my gamer friends and wanted to try their Key Light Air. I hoped that a $130 light would have some way to help with my headaches.  It was very easy to setup the light with my phone and desktop with the app.

The placement of the light took a lot of tries. Since the “Air” version comes with a base, I couldn’t keep it behind my monitor so I placed it on one side. That started showing a darker shadow on the other side so I put the cheap Amazon light on the left side (set to a lower brightness than Elgato); it all works great now!

Here’s a comparison photo of me with the lights on and lights off (during the day, curtains in the room closed): 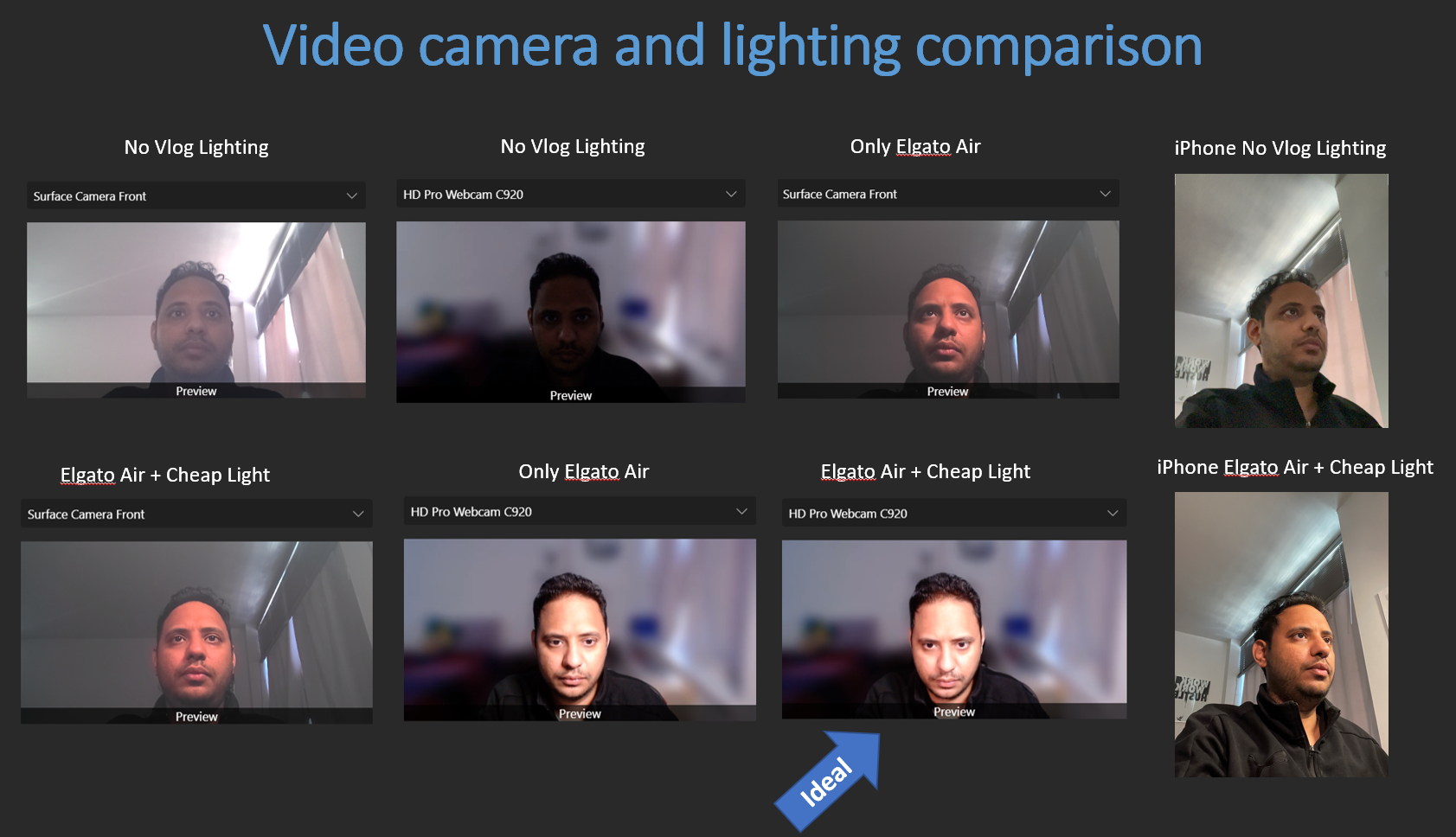 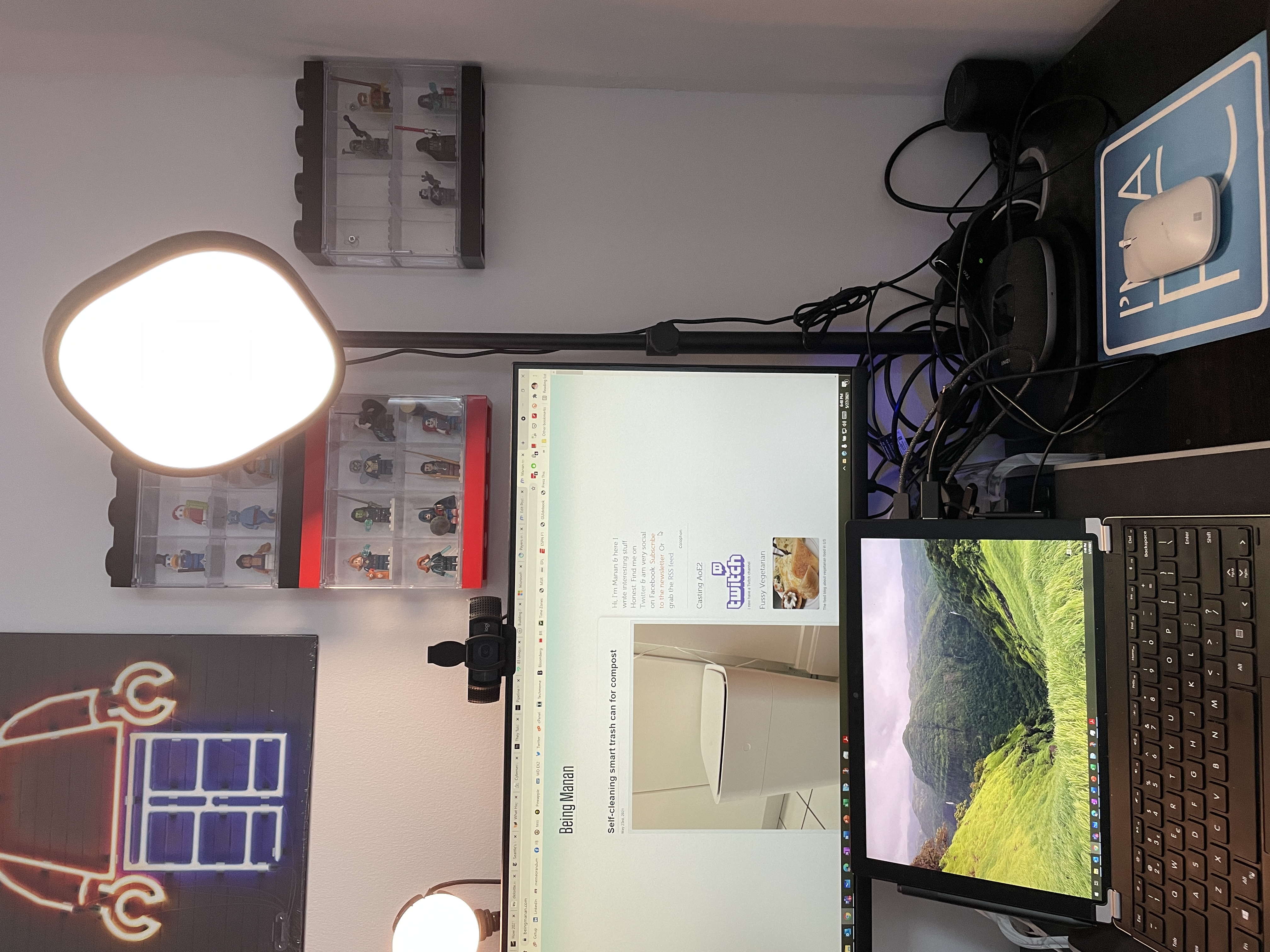 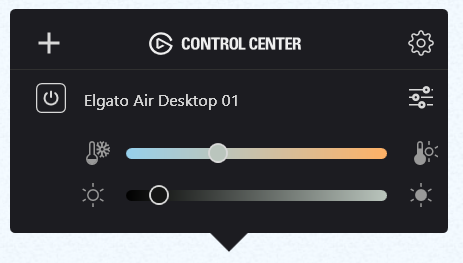 This is a favorite of mine. I really really love the clean design and how it effectively serves its purpose. I used my iPhone a lot for all Teams calls because it let me walk around the house. And having a basic stand was great to setup the phone as a small screen. Eventually, people started complaining about the echo because of the stand’s “holders” and the iPhone’s mic placement.

I started looking for a MagSafe option because it does not require anything near the mic to hold the phone. The Belkin MagSafe 3-in-1 stand was on $25 off lightning deal, and I bought it immediately. It looks great, it works great, and everything about MagSafe stand is fantastic. I charge my watch for an hour while I’m on a call at my desk everyday and I keep my phone stuck to the stand and use it as a third screen. Here’s what it looks like: 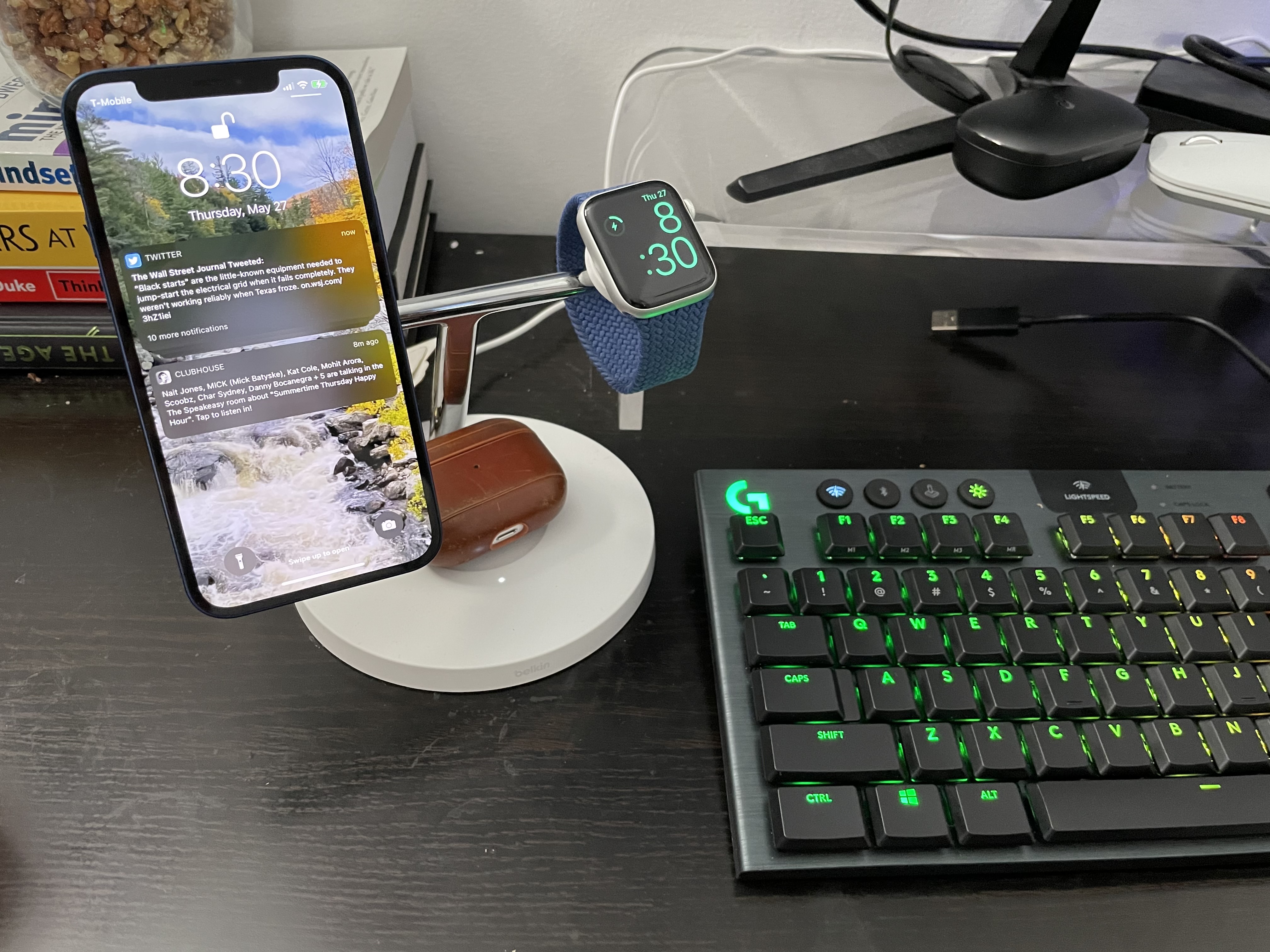 Manan, we can’t hear you

You’re coming in and out, Manan

We didn’t quite get that, could you repeat it…

Like everyone adapting to work from home, I went through this process too. My brother gave me a spare Anker PowerConf speaker and I was hoping that these little devices have gotten better; unfortunately no. My least favorite gadget of this lot is this one. It doesn’t work well with Windows. While it’s been effective in getting rid of echoes, distortions, and low volumes, the user experience is bad. My two problems are:

The remaining buttons on the device are also of not much use so a $130 device that’s just a better mic, might as well get an Elgato streamer mic. Anyway, I will be replacing this Anker speaker with the Microsoft Teams USB C speaker the day it’s available. Here’s the Anker speaker hidden under a clutter of wires: 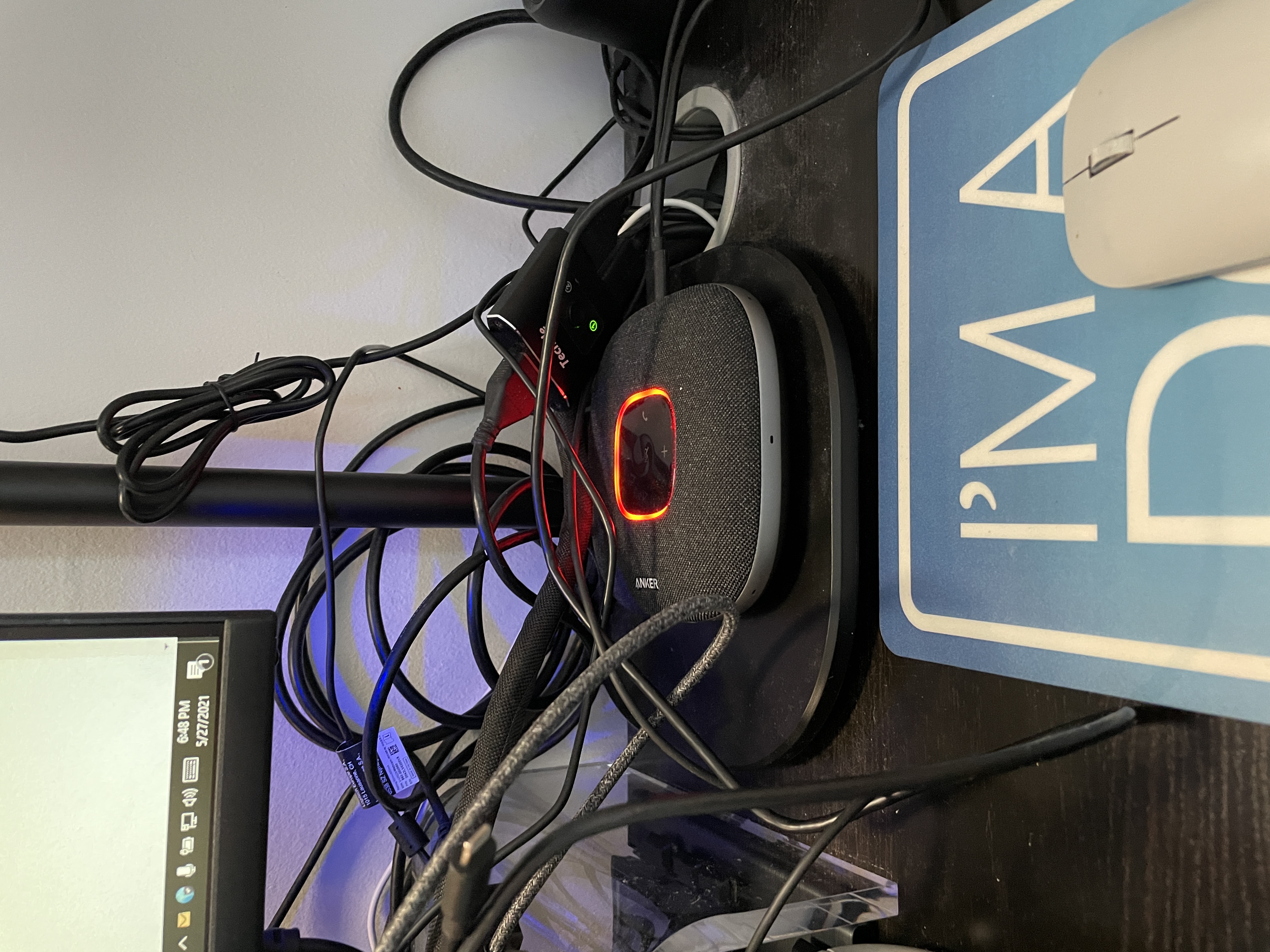 No Amazon link for this one because I don’t want anyone to buy it.