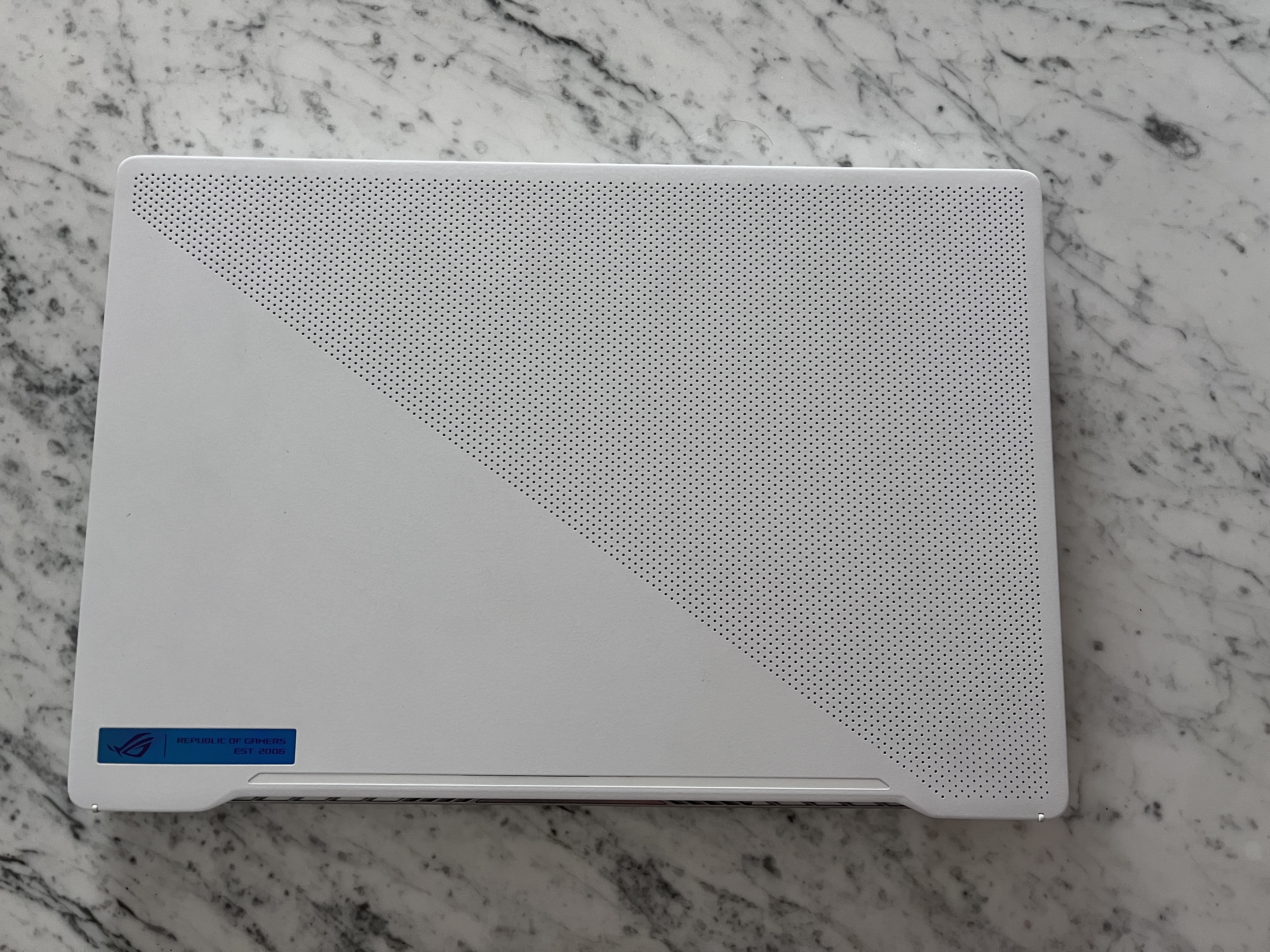 I’ve gotten into gaming since the pandemic and leaving my consulting job. It’s been fun. A group of friends playing AoE2 once a week. I have OBS setup, overlays, and a Twitch channel. Now the problem was that when I travel, I didn’t have a PC to play on. I also needed to upgrade my personal laptop since the 2017 Surface Pro was nothing more than a pretty screen. So began a search, an agonizing one. I’ve previously used a Dell XPS 1640, MacBook Air, Surface, and this time I got an ASUS G14.

Buying a gaming laptop is a nightmare for customers who care about money.

Here’s what I learned: There are no good gaming laptops that are affordable (~$1000). Laptops are either heavy (3lbs+) or big (15″+ screens) or have absolutely shit specs. Anything half decent is $1800+ and that’s just a crime. And insurances on top of this are only worse and complicated to figure out. Buying a gaming laptop a nightmare for customers who care about money. 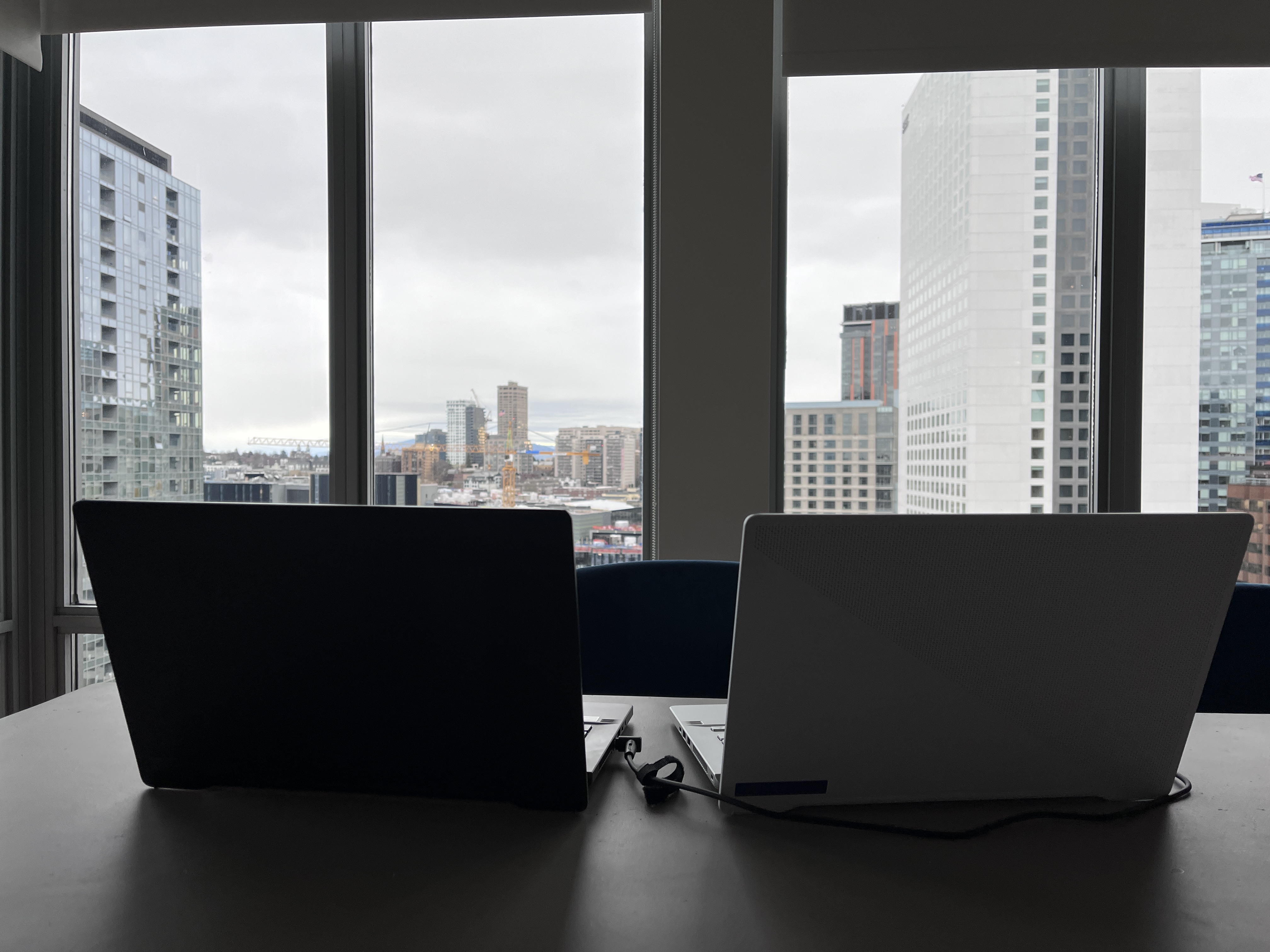 There was a sale with some discounts and picked the GTX 1650 option  because I didn’t want to spend a lot of money. Although from a spec perspective, the RTX 3060 was a far superior and future-proof spec. I drove to 2 Best Buys and picked up the device. Unfortunately, this device was a DOA. It wouldn’t boot, so had to drive back and get a replacement. 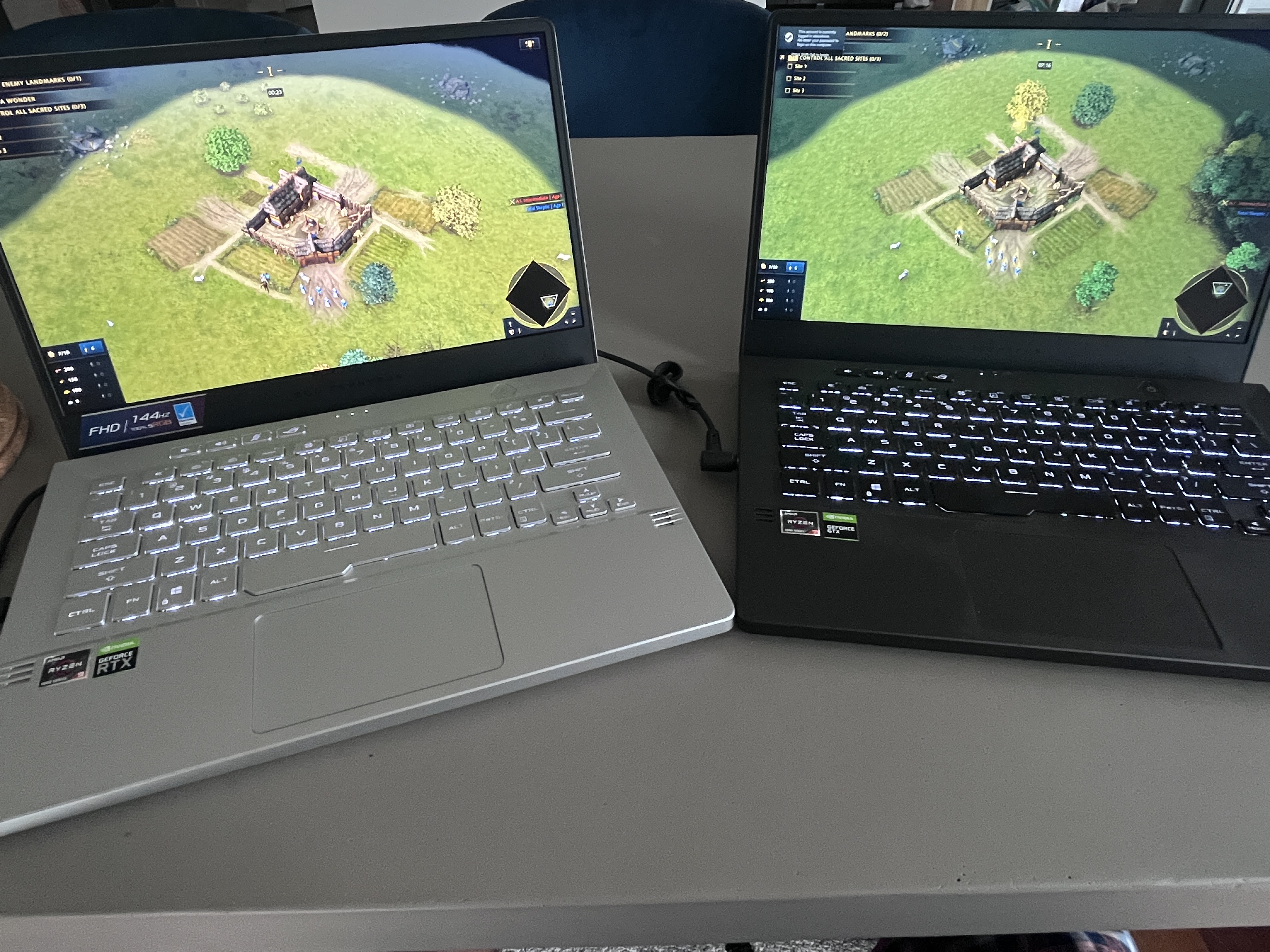 I knew I had a decent return window with Best Buy just in case there was a better deal on the RTX 3060, I thought I’d swap later if I feel like it. I setup the GTC 1650 G14, upgraded to Windows 11, got AOE2, and everything just worked fine. The laptop looked really cool with full black and the shiny color spectrum on the outside. Everything was going fine but then Best Buy dropped the price of the RTX3060 version by $300 and I had some Best Buy discounts, the RTX 3060 deal was too good pass up for almost the same price as the GTX1650. 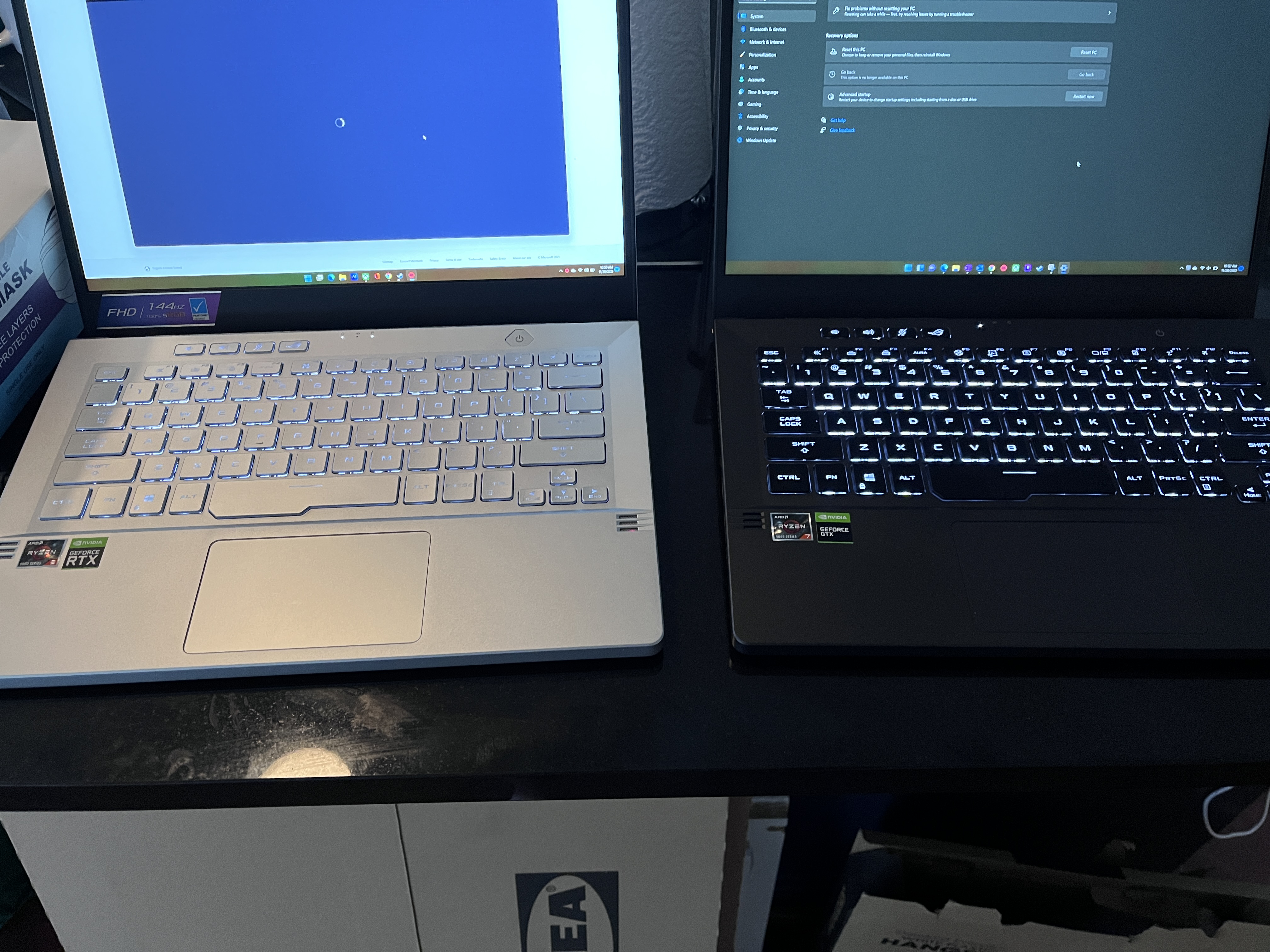 This was also around the time Forza 5 came out and I wanted to play it sitting on the couch instead of being on desktop. Best Buy delivered the laptop within 2 days, I was out so eventually got to setting up everything on the new RTX 3060 laptop. The laptop was worked as expected except some annoyances. It runs games well, I don’t have to worry about “will my PC run it”. After several months of using it for personal work and gaming, here are my takeaways on this laptop. 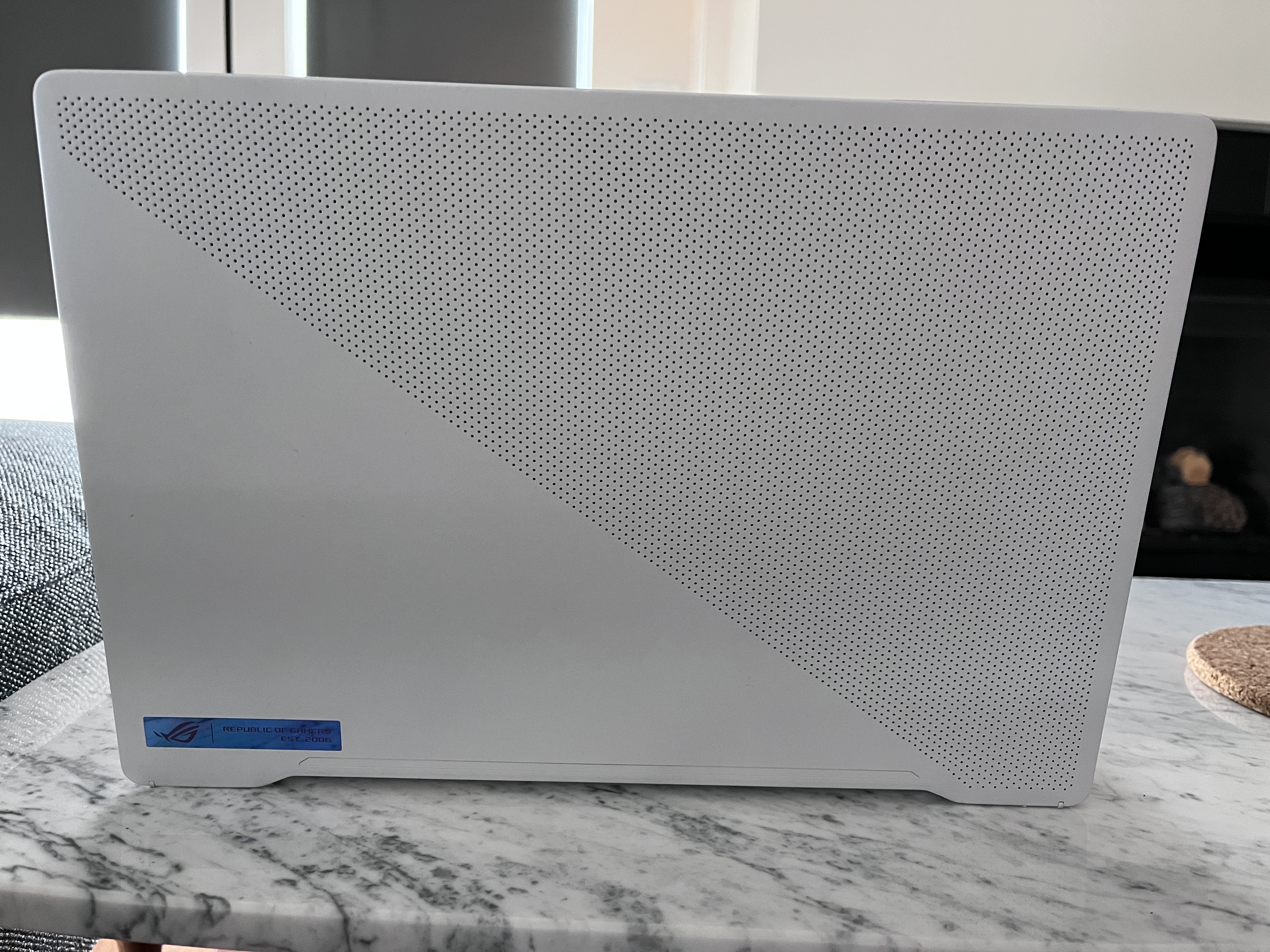 The list of “Bad” is clearly longer than “Good”. The specs are great for price but ASUS really has a lot of room for improvement. We know that ASUS hasn’t been able to make the 2022 G14 lighter than 3.64lbs but has definitely fixed several of the flaws.

I’m happy with the device, it does what I want it to and having spent several days researching, the price was great. I would recommend the 2022 version to anyone who is willing to pay the $.