I finally moved to a place where I can change the main door lock and so I started looking for the next addition to my Smart Home series–the smart lock. After going through Google search results and online reviews, it seemed like August locks were the top picks for everyone. I somehow didn’t like them enough so I continued searching. I don’t remember how but I ended up on Level’s website. After doing some more research about the Level Smart Lock brand that no other tech website covered with as much fanfare as August, I spent $400 and ordered Level’s latest touch lock.

It looks like an elegant dumb lock but has some very smart features.

This was truly a nightmare experience and added $200 to the cost of the device ($150 for the lock smith and $50 for a new door handle). Installing a door lock is actually not complex. However, in my case I ran into several issues. Starting with the main door… once I started removing the existing lock I ran into 2 issues:

Level Co does sell a bundle of the lock with a handle but I didn’t select that as an option. I didn’t think I’d need it and I also thought that I could order it later. I was wrong on the latter, you can’t buy the handle from Level later. Not a big problem, I could solve #1 with a trip to Ace hardware, and that’s what I did but #2 was very complex based on all the YouTube videos I saw. Given the issue, I figured I’d return the lock. I started the process but one of the videos on how to expand the bore hole suggested calling a lock smith. And that was perfect, throwing more money to solve an expensive gadget problem sounds like my approach. 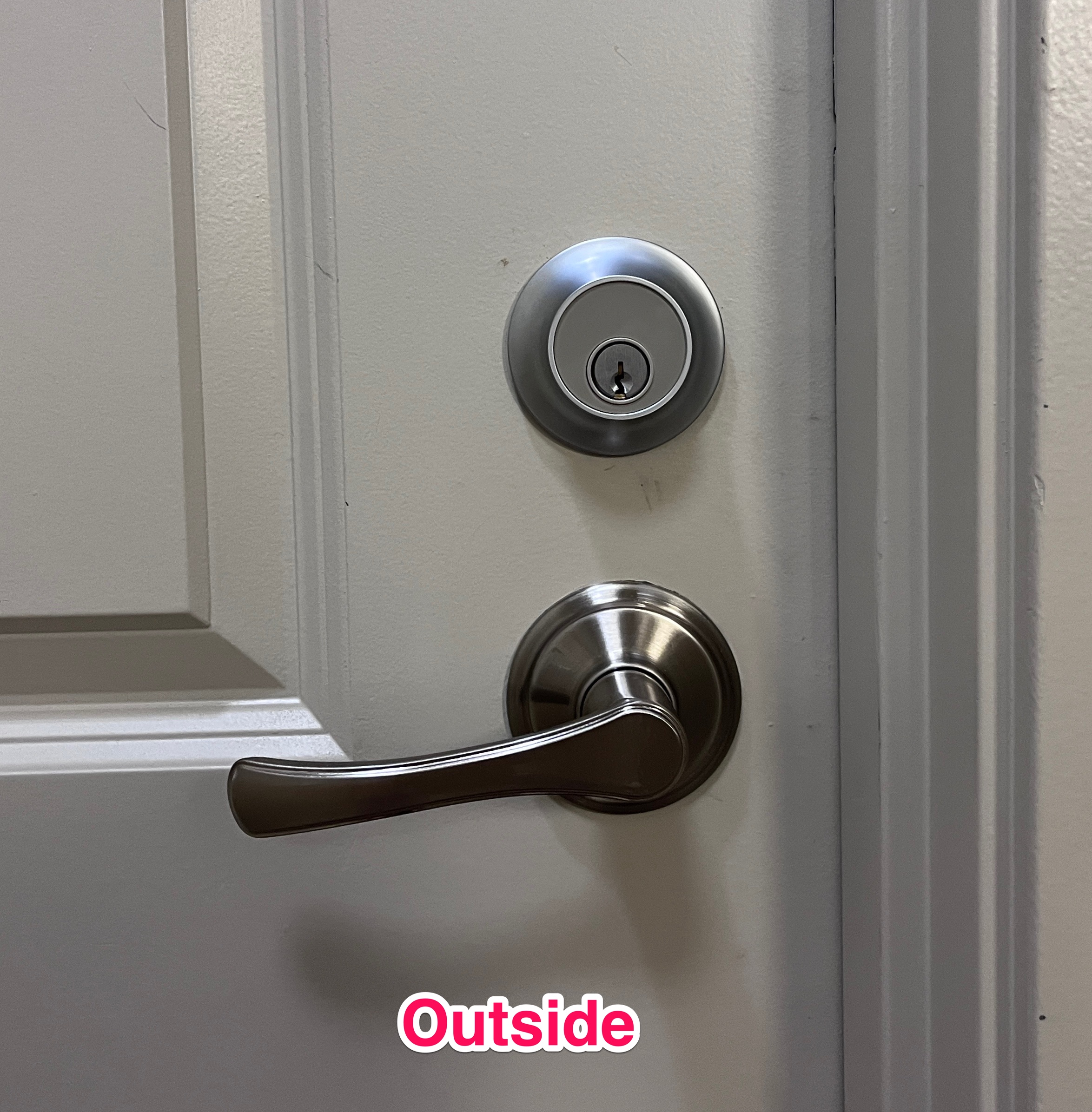 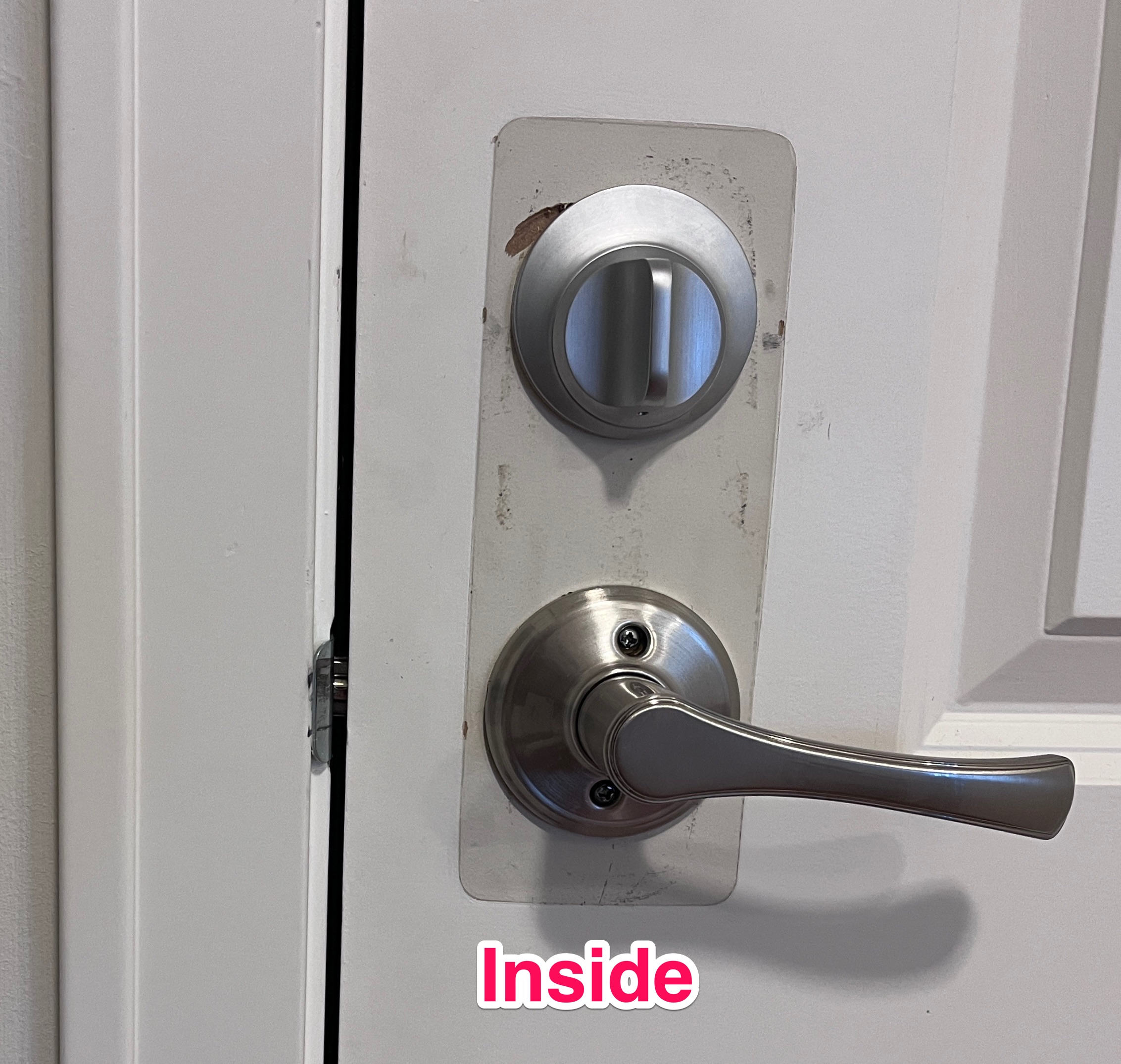 The lock smith came, took 30 minutes to set everything up, damaged my door a bit (as seen above), but worth it to get the lock installed into the door!

This was going extremely smooth till I had to scan the HomeKit code and I couldn’t find the manual that Level Co sent. In my clutter of moving in, I lost the manual. Some Google searches later, the website has a guide on how to find the Level lock’s HomeKit code, it’s printed on the lock. This meant I had to remove the lock, get the code, and put the lock back. So that’s what I did. Anyway, once HomeKit was setup, I was in love with the lock.

The features I really wanted to this lock for but it simply doesn’t work for a variety of software design flaws: The Touch to Unlock and terrible Siri integration.

This brings me to my list of features that I not only dislike but truly get annoyed over. That’s because Level as a company doesn’t see these as usability issues.

Door left unlocked or not closed, Level informs you of nothing.

I don’t get this one to be honest. The whole point of making things smarter is that they will be an extension of human productivity. Level Lock has no setting to inform you that your lock has been left unlocked for a long duration or left unlocked when you have left the geofence. It will also not tell you if your door was left a bit ajar. This smart lock is pretty dumb.

This is a software issue that Level refuses to acknowledge or consider. The geofence is several blocks. Which means that when I am 2 blocks away from my building, the lock will trigger itself to expect a touch to unlock. This touch to unlock is only active for a maximum of 5 minutes. It takes me significantly longer than 5 minutes to walk, take an elevator, get to my door; or, to drive into the parking garage, take an elevator, and get to my door. This very wide geofence makes the touch to unlock unusable.

Auto-lock and Touch to Unlock are truly unusable in apartments.

Further adding to the problem above, if I go to pick up mail from downstairs, I will NOT be able to use the “touch to unlock” feature. This is because according to the app, I have not left the geo-fence. This feels like a problem making the lock’s smart feature less usable. Here’s the Level co website explaining this:

Let’s say, for example, you lock the door behind you on your way out to get the mail. If you have Auto-Unlock enabled, you might expect your lock to unlock when you return to your door. However, Level App still sees you in the Home Boundary since you haven’t left the geofence. You’ll have to use Level App, a key card, or your keys to unlock your door. You have to leave the geofence before Level App recognizes you’re Away. When you return Home again you can use Touch-to-Unlock or Auto-Unlock.

My current configuration is:

Screenshot of the app: