Upgrading the HP gaming PC into a custom-built gaming PC

In December 2020 (peak pandemic), I bought an HP Pavilion for $650 from Walmart to play AoE2 with friends. (You can read more about it here.) My plan was to get a good-enough PC that I could eventually upgrade into a custom-built gaming PC if I found enough use for the PC. The specs of the HP were:

This is what the PC looked on the inside: 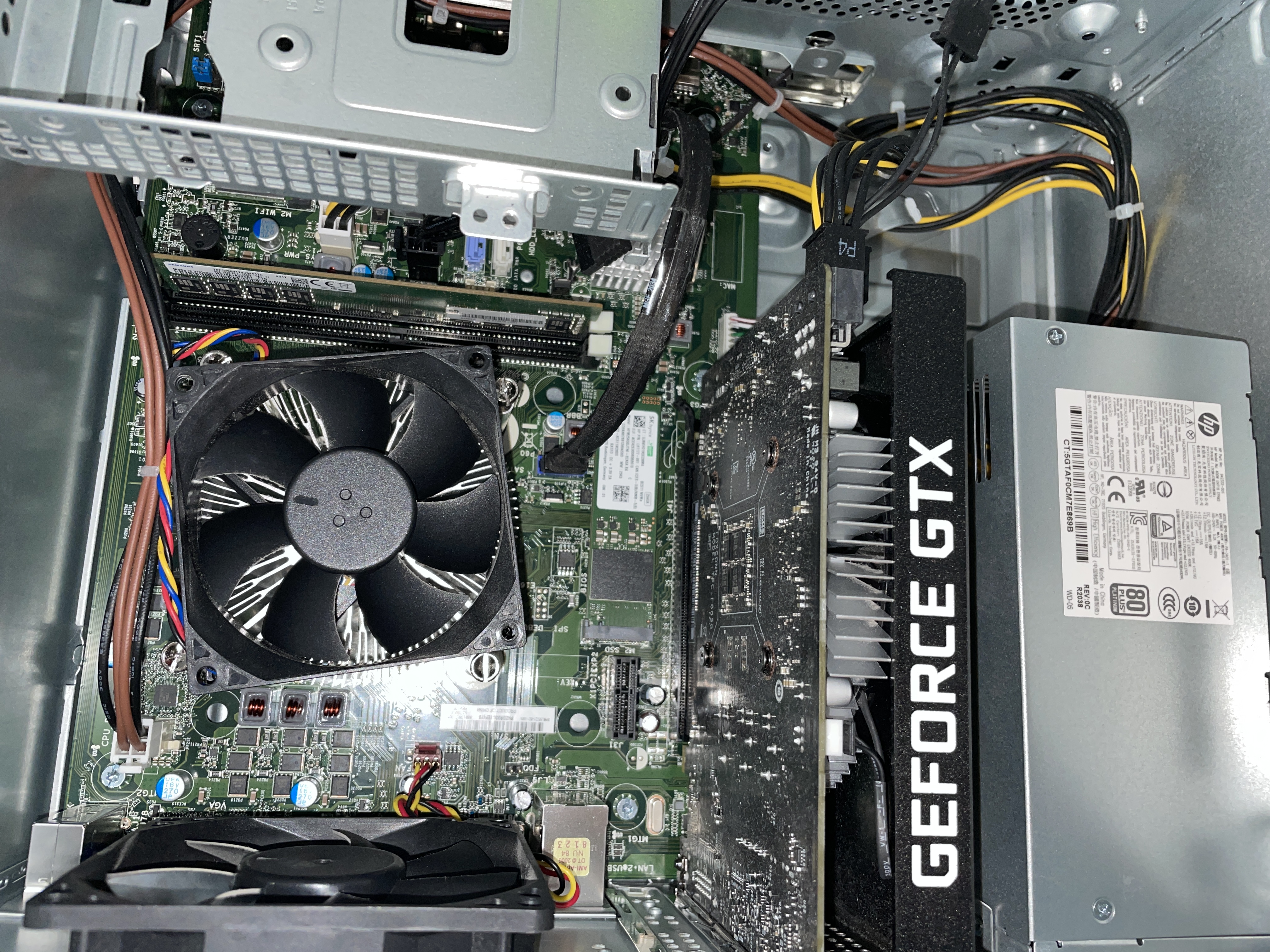 The PC was great and my plan was to slowly upgrade the components as and when needed. I wasn’t sure how much I will use the PC and in peak pandemic everything was very expensive so dropping $1k on a PC just didn’t make sense to me. Last year, I made minor upgrades to the HP:

With my Premiere Pro video editing, 4K Twitch streaming and desire to play more games, I started to look for a slightly more powerful GPU. With the market settling a little bit (crypto-mining moving away from GPUs, supply-chain stabilizing, and Nvidia expected to announce the 40xx series), I hoped to get a GPU without paying any premium. Last month, Best Buy had a Nvidia 3070 FE in stock at market price so I bought it.

Adding a GPU to the HP required me to upgrade my PSU (recommended PSU for the 3070 FE is 550W). HP’s motherboard and PSU are proprietary so either I upgraded the PSU, mobo, and case or bought the HP 500W. Unfortunately, HP was backordered till October for the 500W PSU and it was more expensive than usual PSUs (for reference, you can get a 600W PSU for $40). I paid $223 to buy from an eBay scalper. Everything worked great, some pics: 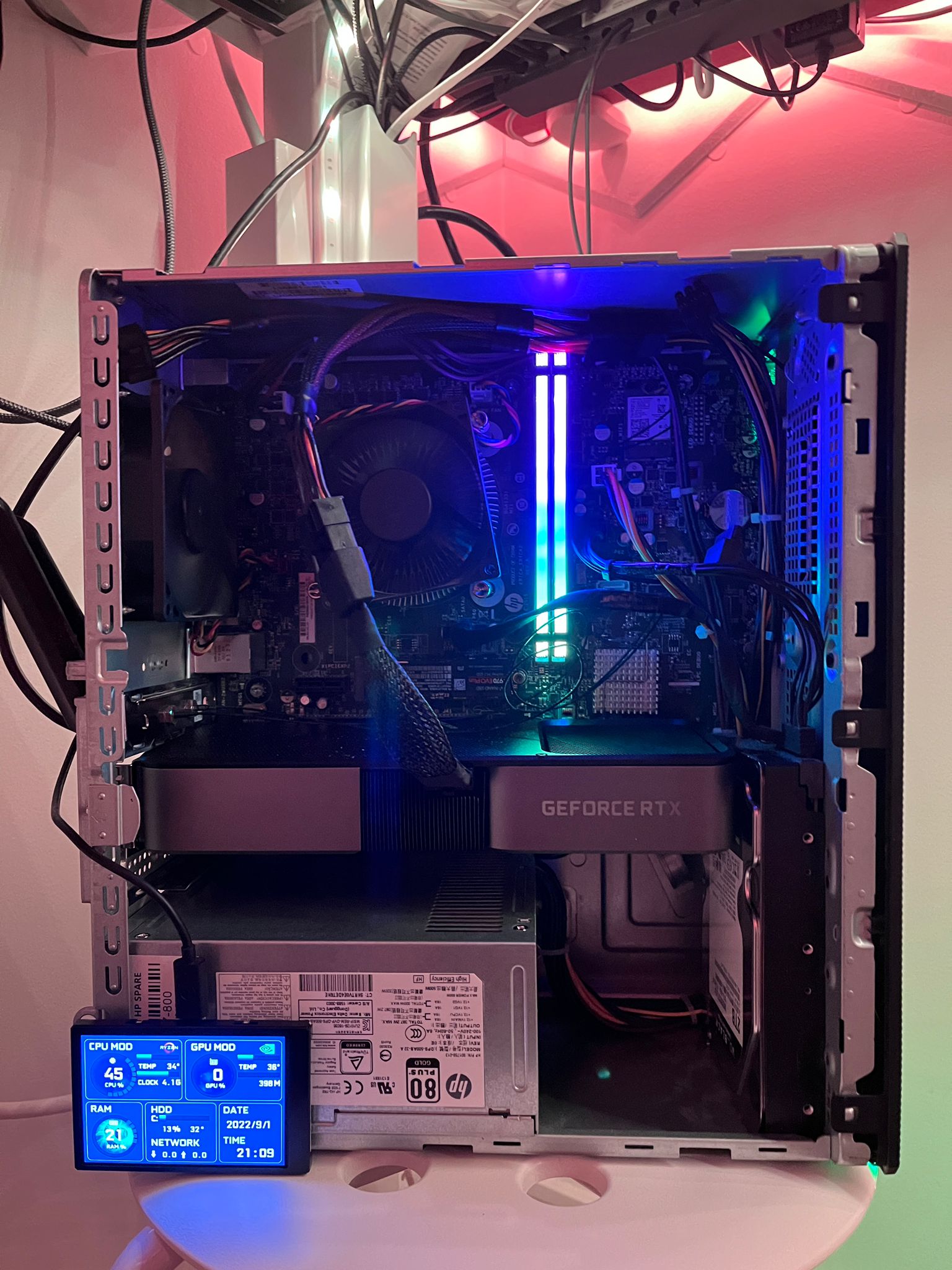 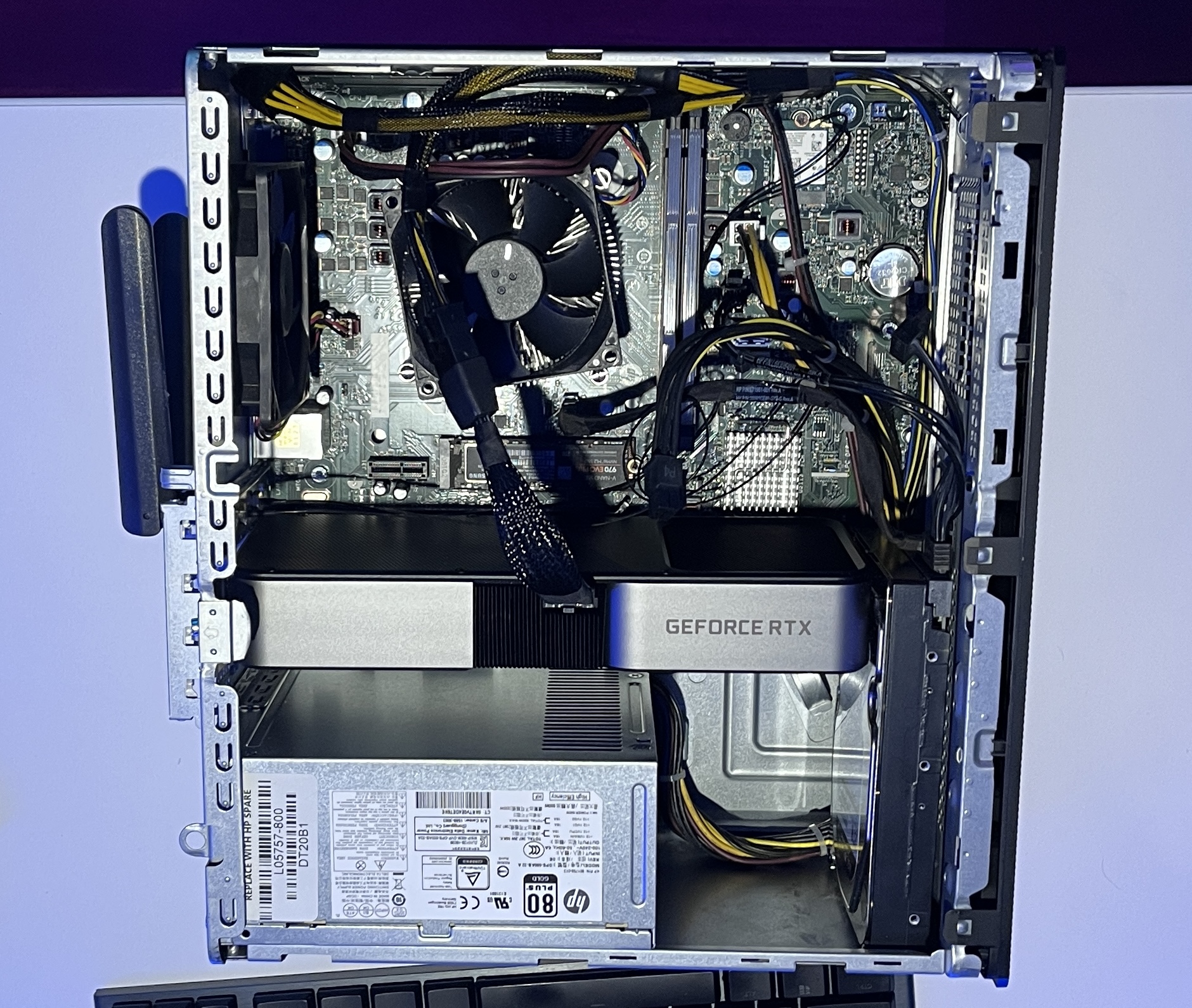 However, I couldn’t shake off the feeling of getting scammed by a scalper into paying $223 for a 500W PSU. I did some research and realized that I could redo my whole PC to a pretty solid build with all the parts I had already bought and the Ryzen 5 3500 that came with the original HP. So I bought:

So instead of $223, I ended up spending $381 for this glorious build (and I’m pretty happy with it because I built it myself and it damn works).

New PC is all its RGB glory: 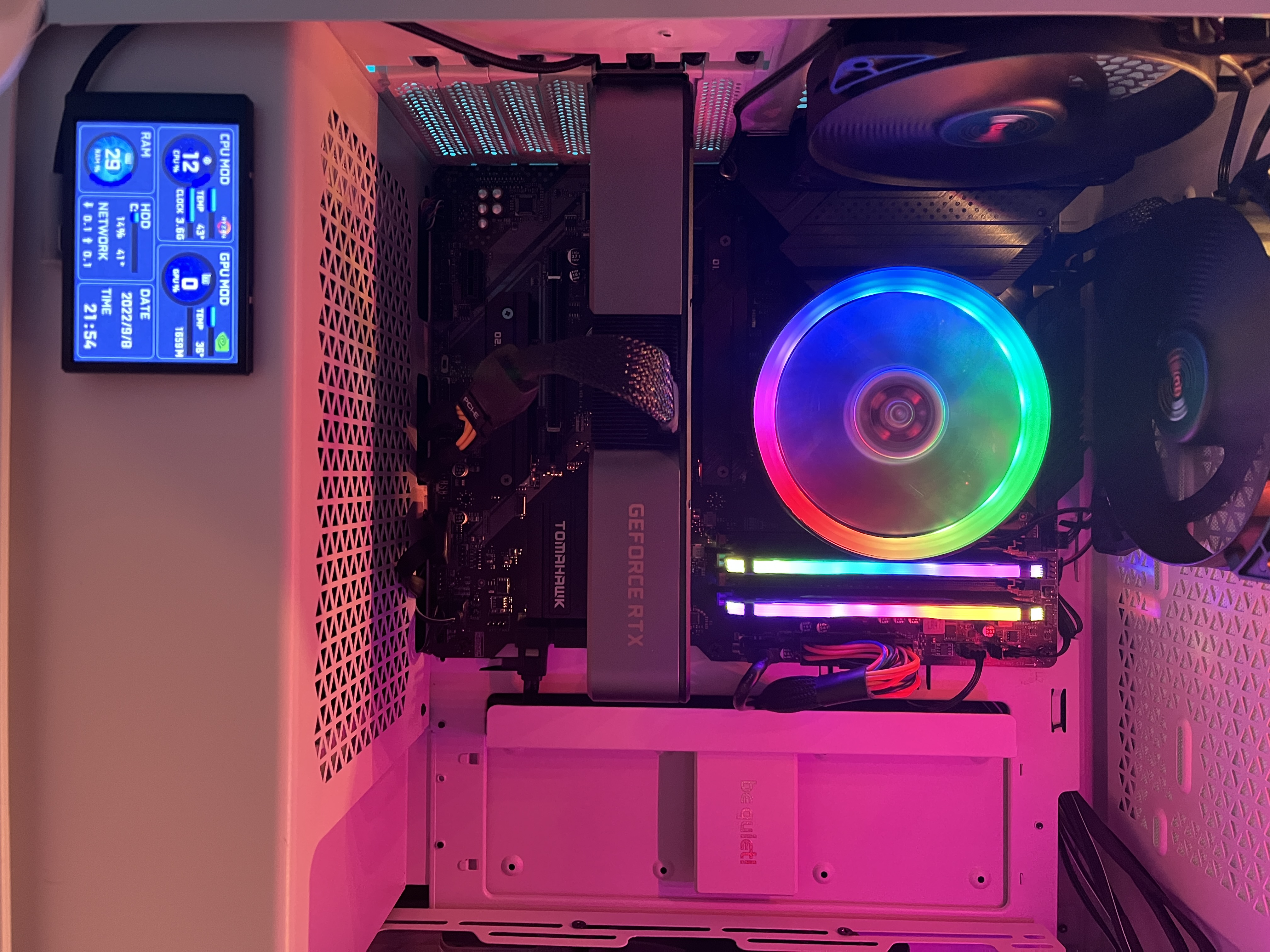 Watch a 45 minutes video of me building the PC:

Here are some comparison benchmarks: 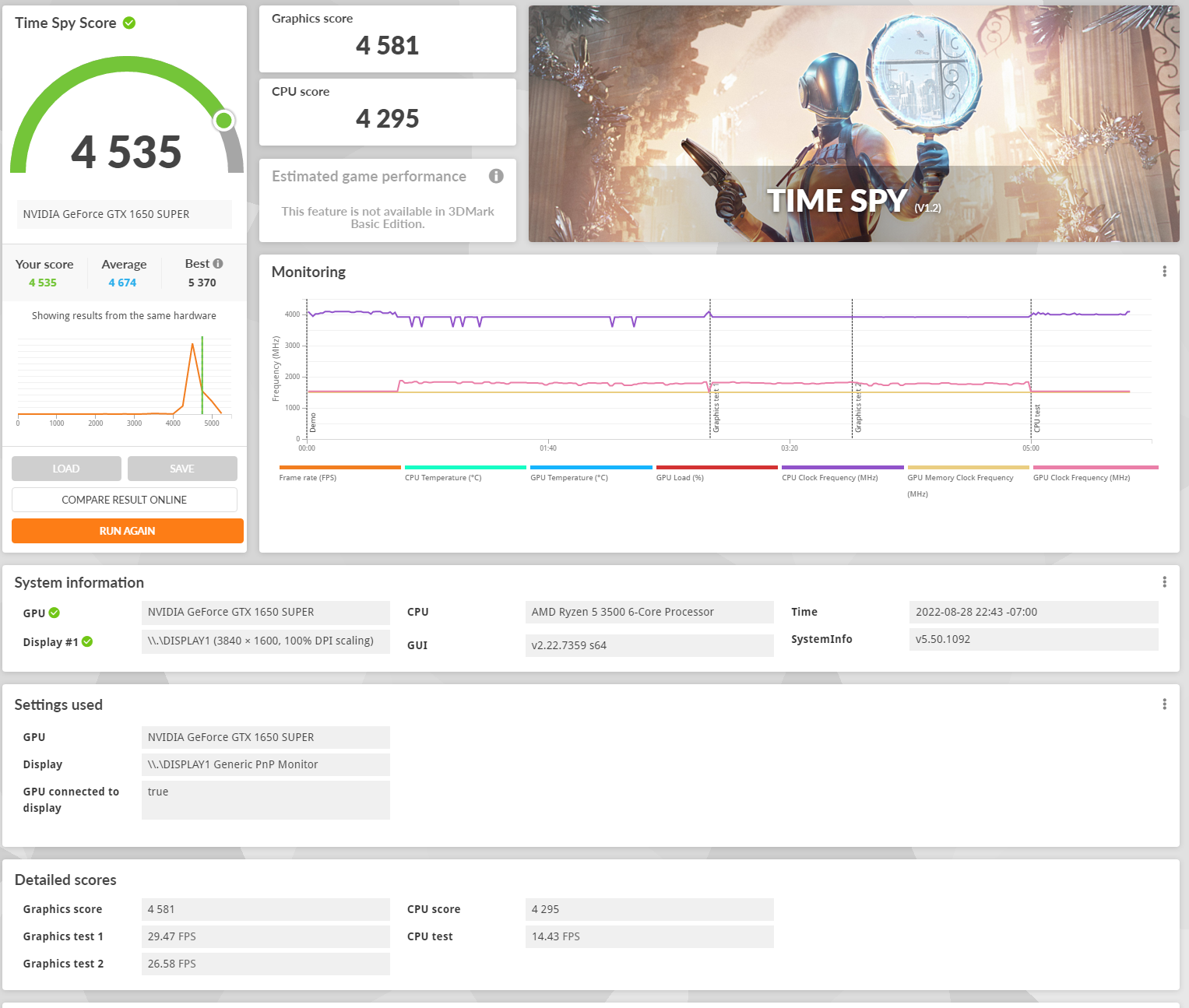 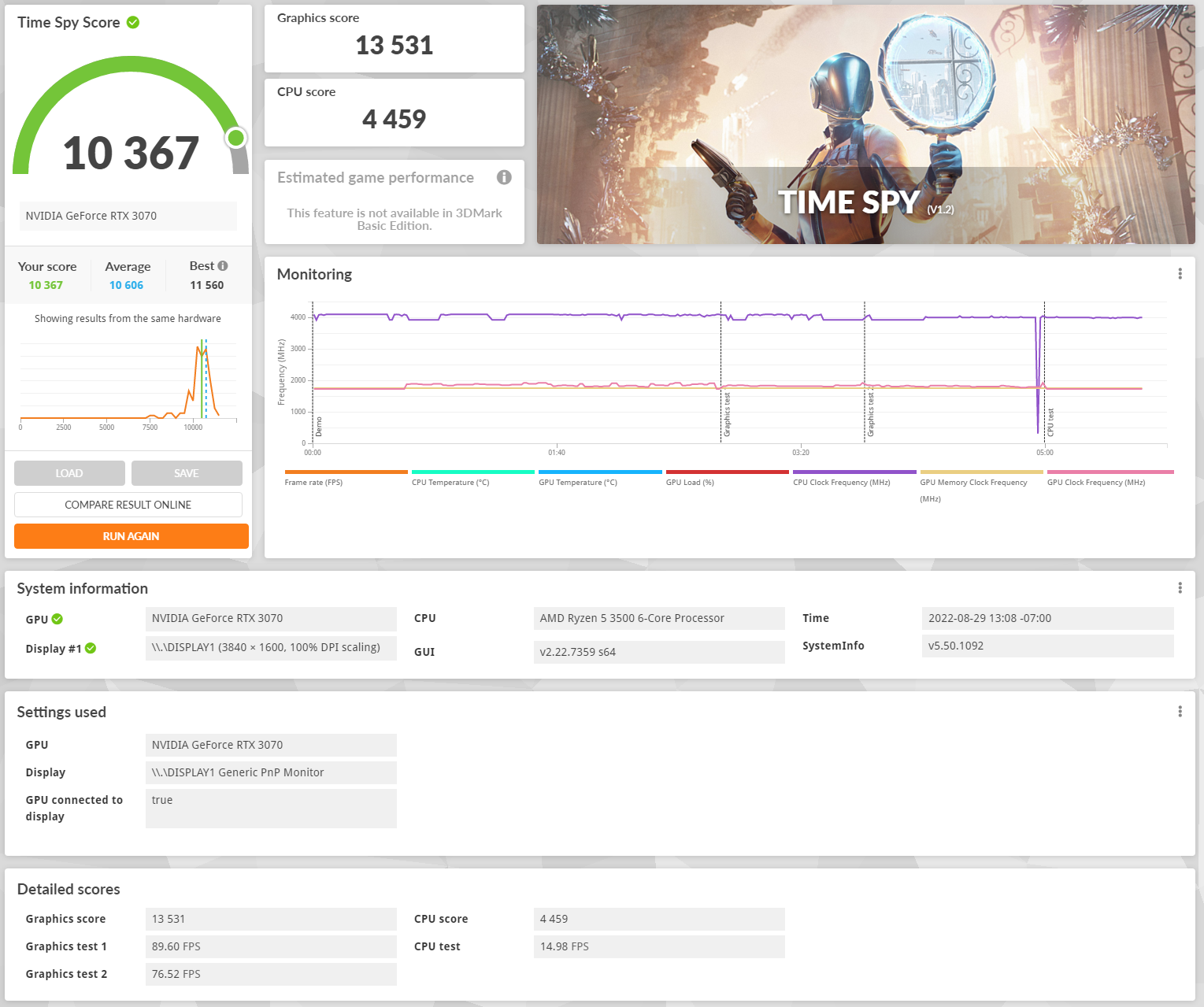 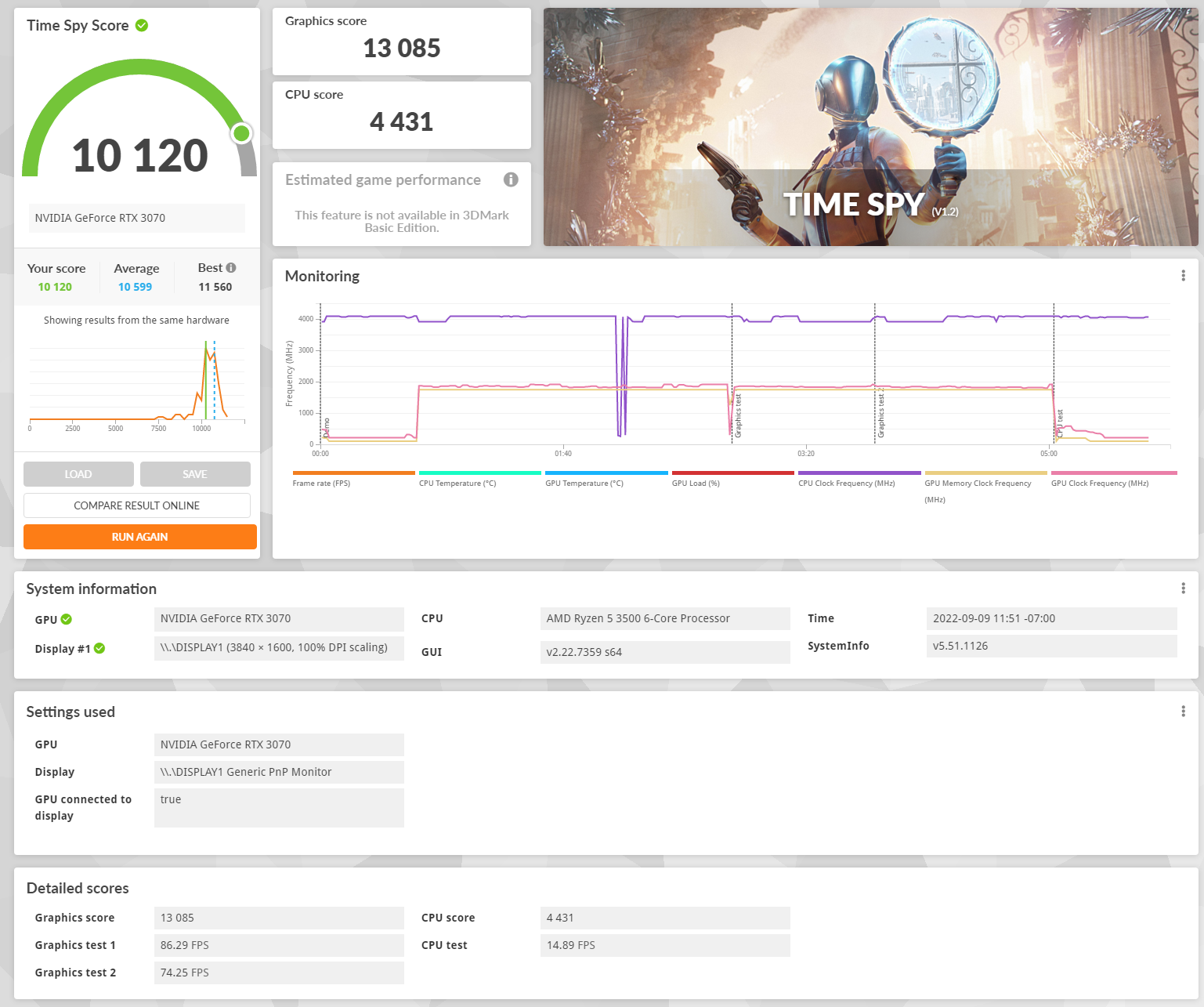