I was certain that I had heard about this and this wasn’t breaking news but for some reason I couldn’t find anything on it. However, after Todd Bishop confirmed that this isn’t new I decided to find the previous stories. As it turns out this news is as old as 2006. Yes, 3 years old. Back in the days of Windows Mobile 5 Microsoft was already working on Xbox Live & Windows Mobile integration. The project had even seen light of day & Xbox team’s Major Nelson had shown this feature on his HTC to the guys over at Kotaku. Screen shot: 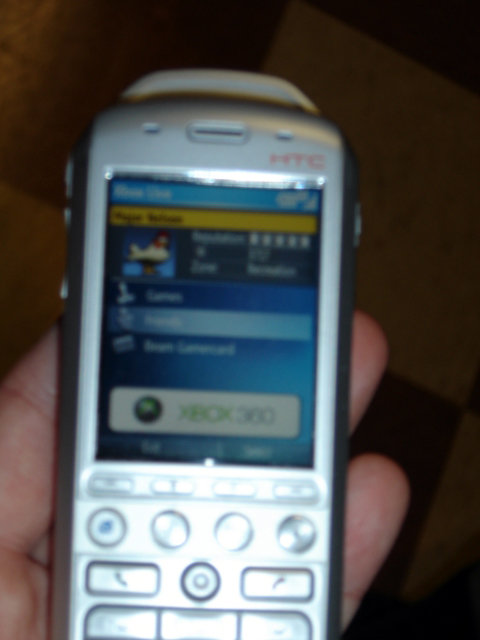 The recent job-postings confirm that future builds of Windows Mobile will allow you to play Xbox LIVE games along with social integration (thanks Tom). Anyhow, since the job-posting has been made recently, chances of this facility being shown at CES2010 or being a part of Windows Mobile 6.5.3 are less.