Frankly I don’t see this happening since Windows Phone 7 Series is already out and it doesn’t seem to have this as a “feature” or it might happen as a test project to demonstrate Windows Phone 7 Series (sheesh! typing the whole thing is such a pain.) Anyhoo, back to the patent… a recently surfaced patent shows some Softies had plans to turn your touch screen phone (Windows Mobile) into a Wacom like Graphics Tablet. FYI, the Wacom tablet is merely a touch based input device that connects to the PC. So the patent essentially means that if you draw on the phone’s screen, it gets drawn on an app running on the PC.

The catch however from what I read is that the app with disable the phone feature of the mobile device to avoid interruptions. Since the phone will be used as a graphics tablet, the device will be shown as one when connected to the computer and will not be listed as a mobile device, neat touch. The software will make use of Microsoft Global Input Method Editors (IMEs) to recognize characters that are not part of the device by default.

Whether it comes as a WinMo Windows Phone 7 Series feature is doubtful but if ever there is a Courier, it’ll definitely have an implementation of something similar. Images from the patent: 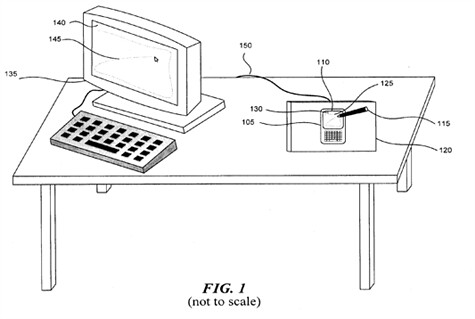 The support pad for the mobile device: 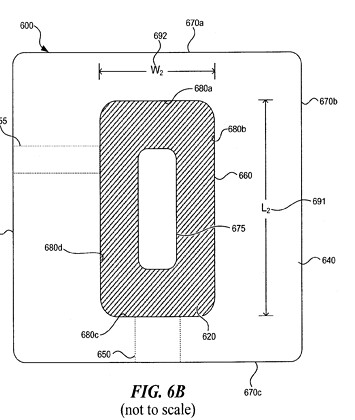