Getting Your Windows Phone 7 Apps On The Marketplace

Microsoft is working on revamping their mobile apps marketplace for Windows Phone 7. There are significant changes coming in and the marketplace will be a lot more like the iTunes App Store Zune Marketplace.

Getting your application to the marketplace has several steps, the ‘Elements of the Application Platform’ are:

One of the interesting points is the MO billing for an application. Unlike Apple where iTunes credit is the only way, the Windows Phone Marketplace will support Mobile Originated billing as well. I believe this will be used for service provider exclusives.

Microsoft is leaving no stone unturned to get developers excited about WP7. Getting your app ready for the marketplace includes several tools: 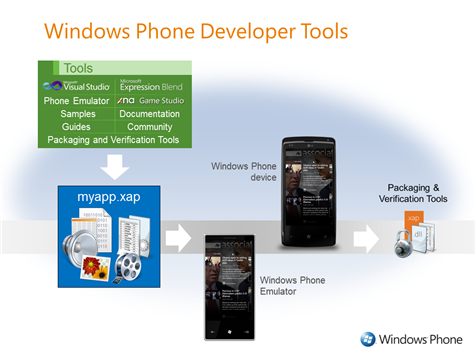 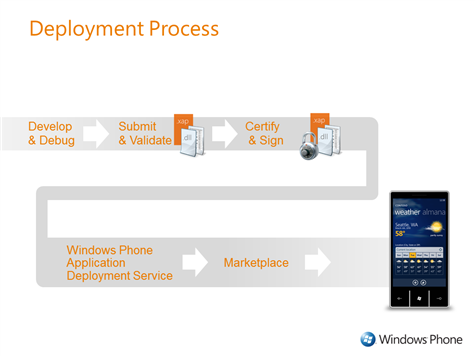 The Certify & Sign step provides an application license that is essentially a crypto-verifiable object which grants rights to applications. Other points to note from the slide-deck are:

Submitting games for Xbox LIVE has some additional pointers, I will be doing some more posts on Windows Phone 7.

Testing Your Apps on The Phones:

WMPowerUser is reporting that once a dev signs up on the Marketplace they can unlock 5 WP7 devices and install unsigned apps on them without having to go through the marketplace, this will be how developers can test their applications on the phones.