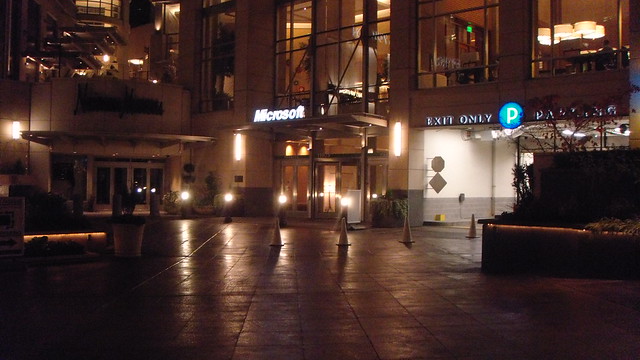 Microsoft’s Professional Developer Conference 2010 happened last week and I was there. It felt amazing to be attending a conference that two years back I was watching on a broken Internet connection. Meeting Long Zheng, Paul Thurrott, Frank Shaw, Ed Bott, Mary Jo, Abhinaba, Brandon Watson, Kip and a lot of other folks was good fun. The part that wasn’t fun though was that I did not get a Windows Phone 7 device, that totally sucked. Having said that, listening to Steve Ballmer go “Boom baby!” live is something.

Bellevue is a nice city, not as dull as Syracuse nor is it as busy as New York City. Microsoft doesn’t have a campus in Redmond, Redmond is the Microsoft campus. They’ve got buildings all over the place and shuttles driving from corner to the other. I visited the Microsoft Store on campus and spent quite a bit thanks to my ignorance. Anyway, the three big announcements at PDC10 for me were:

Given that Silverlight is the dev platform I don’t think it is going anywhere, it was never meant to replace HTML but compete with Flash for rich media. The debate is unnecessary.

Here’s my picture set from Bellevue: