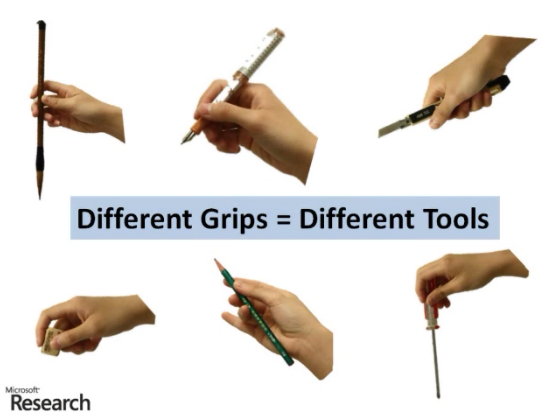 When Steve Jobs says using the stylus is not a good idea, everyone blindly agrees. I’ve always believed that the stylus is an integral part of the tablet form factor. Bill Gates has long talked about this and so has Steve Ballmer. At Microsoft TechFest 2011, Microsoft researchers have unveiled a stylus project that is intelligent to know what you will be doing based on how you hold the stylus.

At MIX10, Microsoft demonstrated the use of stylus and touch on a canvas with a UI similar to the one seen in the Courier research project. Here’s a concept known as Pen Grip where the stylus has two sets of sensors: 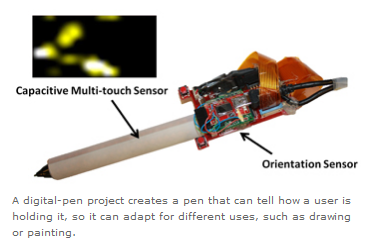 The idea behind the project is that where/how you hold the stylus and the orientation of the stylus varies based on what you’re doing. From the project description:

Update: Pen Grip project page is up with a video and more details on the project. The video shows how holding the stylus differently changes the use as a pen to an eraser to a spray paint. And a musical instrument too!