Day before yesterday was a day that will be remembered for a long time in the tech industry. Amazon stormed the tech industry with innovation–both in technology and supply chain. Jeff Bezos took stage backed by products that deserve cheer and engineers who delivered. Unfortunately, the keynote wasn’t “exciting.” The products are but the announcement wasn’t.

Bezos gave what I call as straight-face presentations. In this case the presenter doesn’t show a lot of emotions and hand gestures are kept to a minimum. Steve Ballmer is more of an animated presenter—he likes to excite the crowd. I was sitting in a lecture during the Amazon keynote and saw a recording on a crappy 360p YouTube stream shared by Amazon. 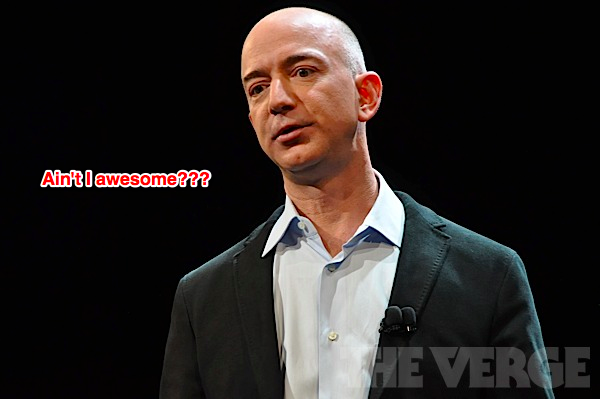 The keynote and Bezos were being compared to Steve Jobs’ Apple keynotes and the comparisons are justified. The Amazon Silk team video at the end was straight out of Apple’s keynote guidelines. Of course Amazon differentiated theirs with sketch animations–a nice touch, not very inspiring though.

Watching the keynote, I got a feeling that Bezos was quite disappointed about Bloomberg getting all the information beforehand. The only thing worse than that is having all your announcements leaked and your demos failing on stage—fortunately that didn’t happen. Back to the keynote, a risk in straight face presentations is expecting cheers and claps as you go along—validation that the crowd is into what you’re saying. Unfortunately for Bezos that did not happen. The build up to the $99 price drop was evident and the lack of audience participation was obvious. Bezos did his best by quoting how journalists opined that a $99 Kindle would be revolutionary and (shockingly) no one in a room filled with journalists applauded. It was depressing to see such lack of audience participation.

The journalists knew what was coming and Bezos wasn’t excited about showing what they had anymore. Bezos’ announcement of the $79 Kindle was met with the same reaction, or lack thereof. His unveiling style did not help either. Jobs presenting the world with the MacBook Air out of a manila envelope was simple, elegant and made a point. Bezos failed to drive the point of how small the new Kindles are compared to the iPad.

The Fire is a big deal for Amazon and the world knowing about it before the keynote would be a crushing blow for any presenter. Which brings me to the Fire demos. While talking about the music app, Bezos played Adele’s Fire–a nice touch. The other thing I noticed was how Bezos timed each of his words during the X-Men playback, a clear sign of him practicing this to perfection only to be undone by the great sleuthing at Bloomberg. Here’s the X-Men clip with Bezos timing his words according to the background score: