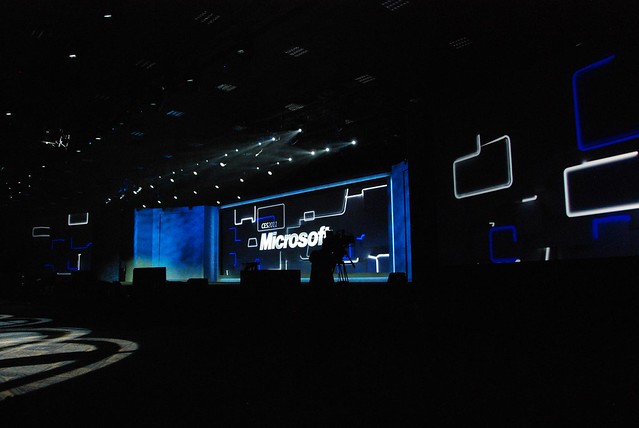 By now everyone has weighed in on Steve Ballmer’s keynote at CES. Joe Wilcox and Farhad Manjoo seem to have hit the key points about the exhibition. My loyalties and biases are well known. Before the keynote I did a rumor round up, to sum up:

I said there would be no Windows 8, I was wrong but pointed out that Xbox would remain the center of Microsoft’s living room strategy. Back to the point, Steve Ballmer’s announcements were in line with the rumors but the keynote did not impress since it lacked big announcements.

Looking back, Microsoft in my opinion dropped the ball by two missteps:

Not to mention what disappointed me more was Microsoft clearly indicating that their tablet strategy is for next year with Windows 8 and SoC.

As a tech enthusiast I was left wanting more. I’d rather see Steve B talk up the Surface and the multitouch mouse to wow the crowd than have strategies sent my way – that’s what boring press releases are for or a more Microsoft focused event than a gadget exhibition.