Amplifi Alien: A major upgrade to a slow mesh network 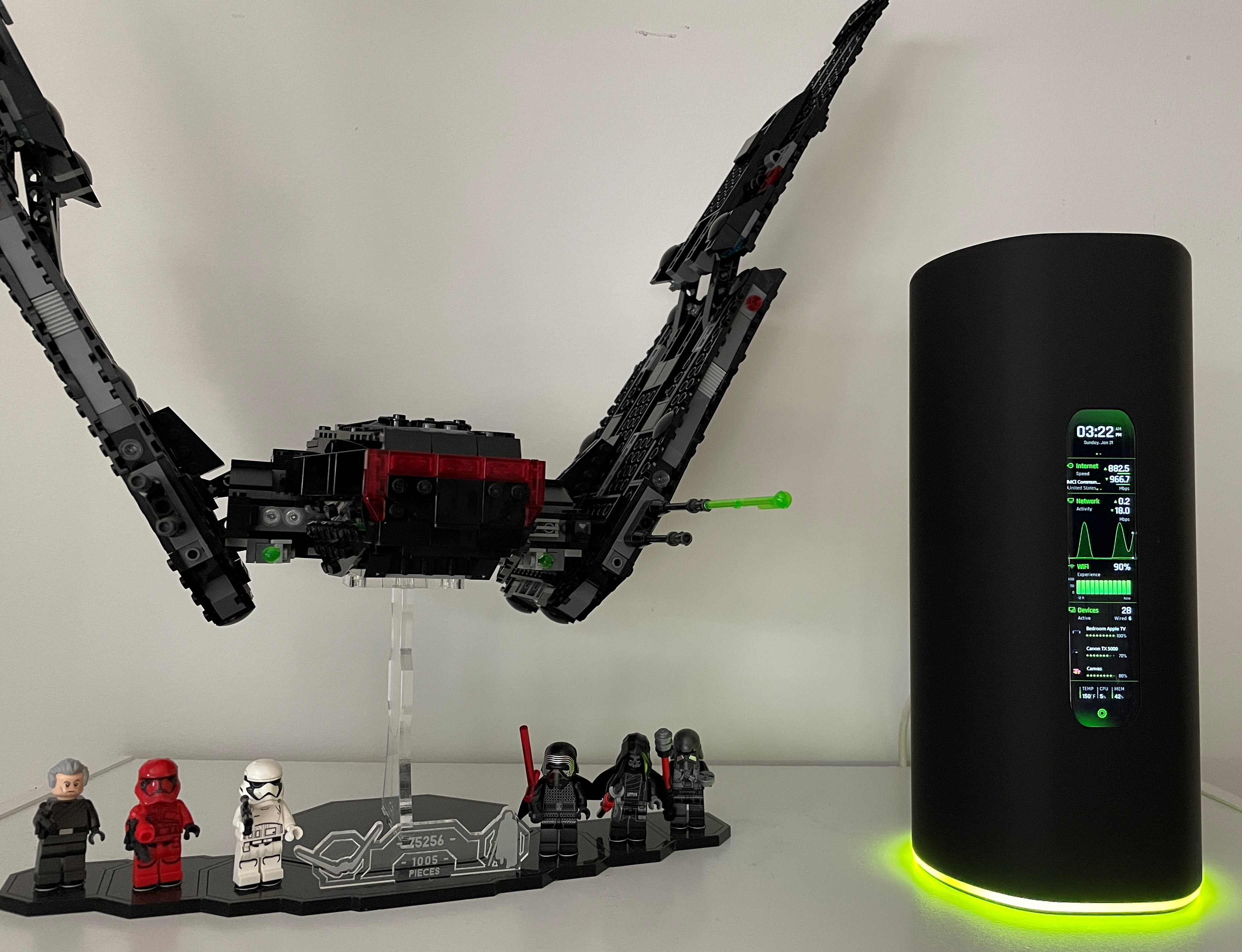 BLUF: Amplifi Alien is a beast, in looks and performance.

I’ve been in love with my Amplifi HD Gamer’s Edition mesh. The Wi-Fi coverage, gorgeous LED screen showing network metrics, and simple web and iOS interfaces to manage the devices–everything was great. However, as I wrote in my review, the Internet speeds were often less than 1/4th my ISP bandwidth. At the same time, my ISP — Spectrum — had been very unreliable with consistent outages every few weeks and slow speeds on every device, this where comes Amplifi Alien.

Given Ubiquity’s reviews, I was pretty confident that the speeds issue was primarily a Spectrum problem. After several complaints to Spectrum, at least 1 device on my network started to consistently get the 400Mbps (Apple TV 4K), on wireless. At this point, I started suspecting the Amplifi HD mesh. As I ran some more tests, I was finally able to triage this as an Amplifi HD issue:

After several hours with the patient Amplifi technicians, we ran tests with no improvements, I was ready to call it: Amplifi HD is not a device I would recommend to anyone.

my current recommendation to anyone considering @AmpliFiHome products is to not buy these. Go for Eero 6. Amplifi HD is bad.

At this point, Ubiquity’s customer support stepped in and suggested they’d be willing to send me the Amplifi Alien as an option to test. I was patiently waiting for this beast of a router (it is a cost prohibitive product). In parallel, I also dropped Spectrum for Verizon Fios 1Gbps. Once I got the Alien kit setup, I saw an immediate and significant increase in speeds across my devices, once Verizon Fios was implemented, it got better.

One of the biggest differentiator between Amplifi Alien kit and Amplifi HD kit is the fact that the Alien kit’s satellite comes with a single RJ45 for Ethernet connection. I used to connect my HP Pavilion: Entry-level Gaming Desktop. It’s also surprising that there is only 1 ethernet port on the satellite while there are 4 on the main router, why?! 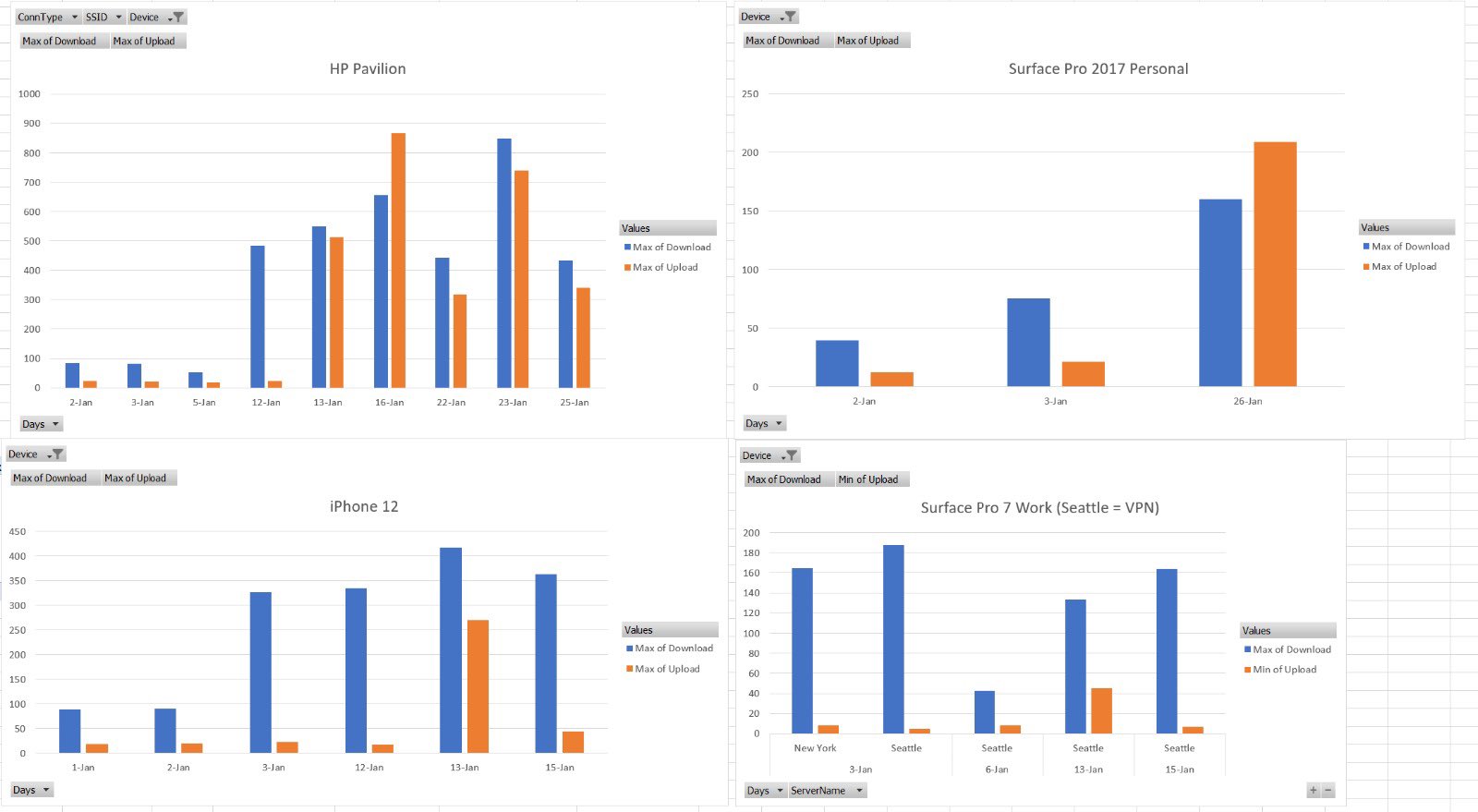 In pure performance improvements, the Alien kit is very effective. Speed tests directly on the Alien main router and the satellite are 1Gbps: 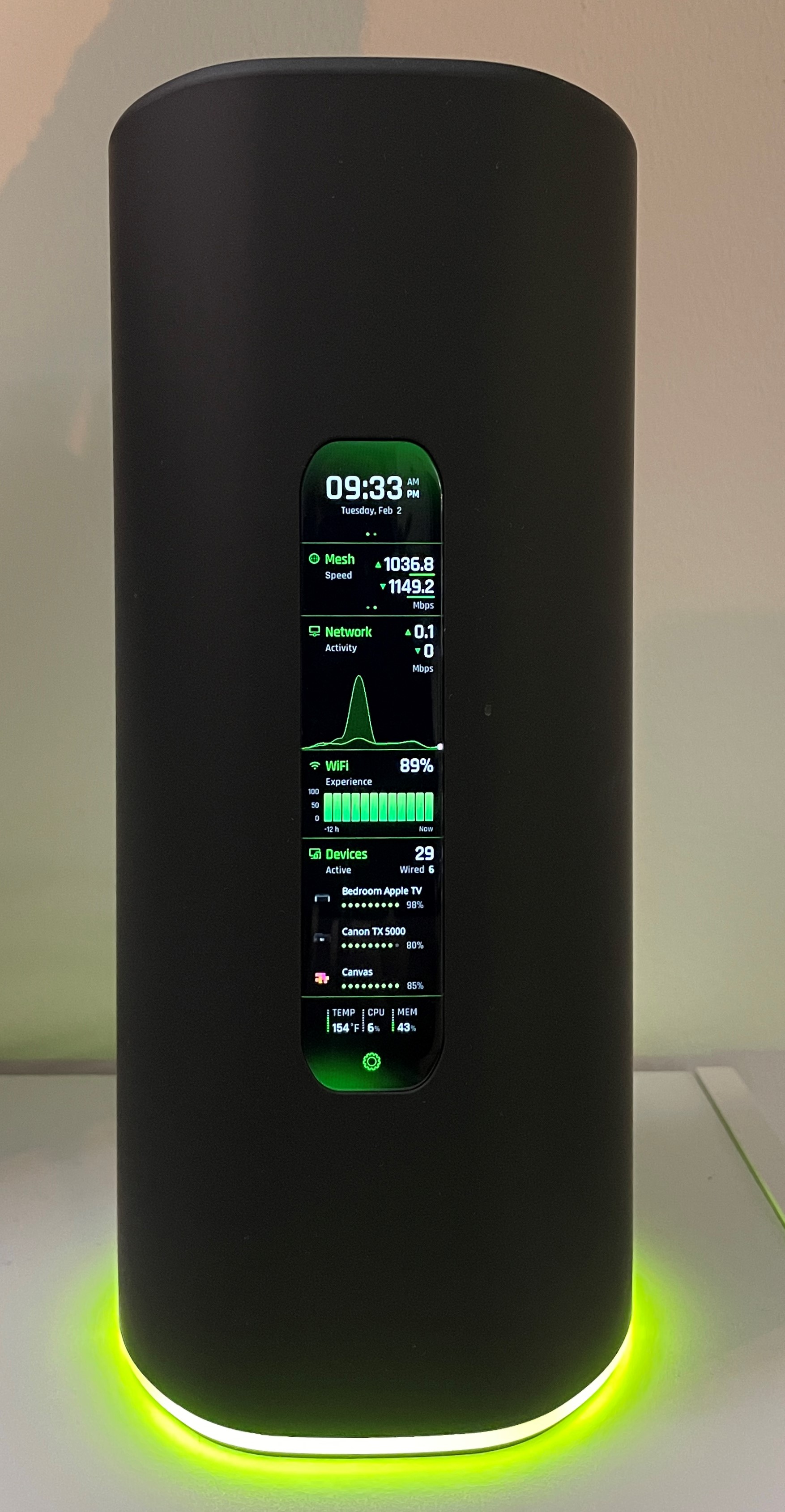 The setup of the device is as easy as the Amplifi HD. The display is definitely more–more beautiful, more useful, more colorful, more everything. Here’s the Amplifi HD and Alien next to each other: 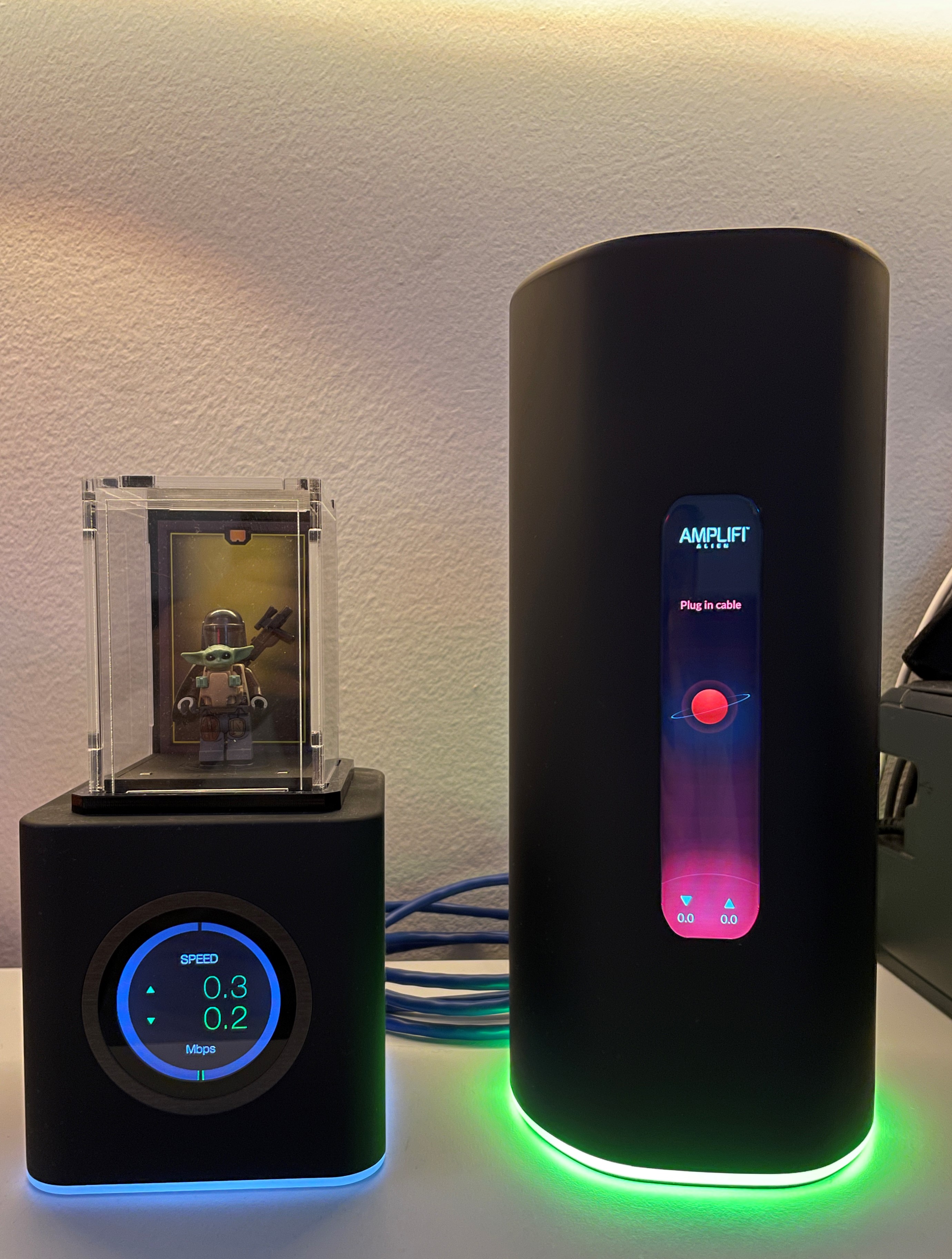 Some more pictures of the Alien’s gorgeous display: 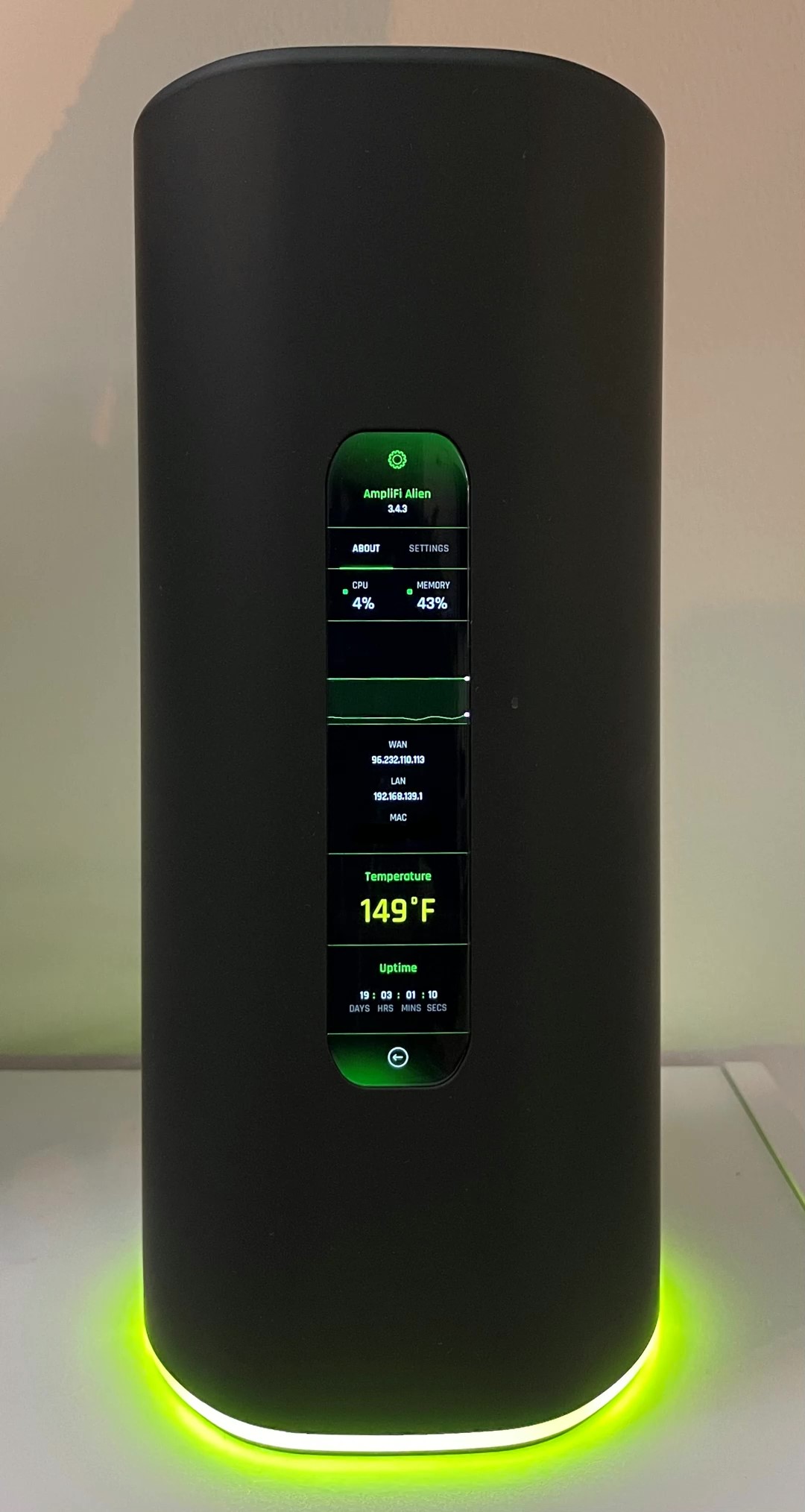 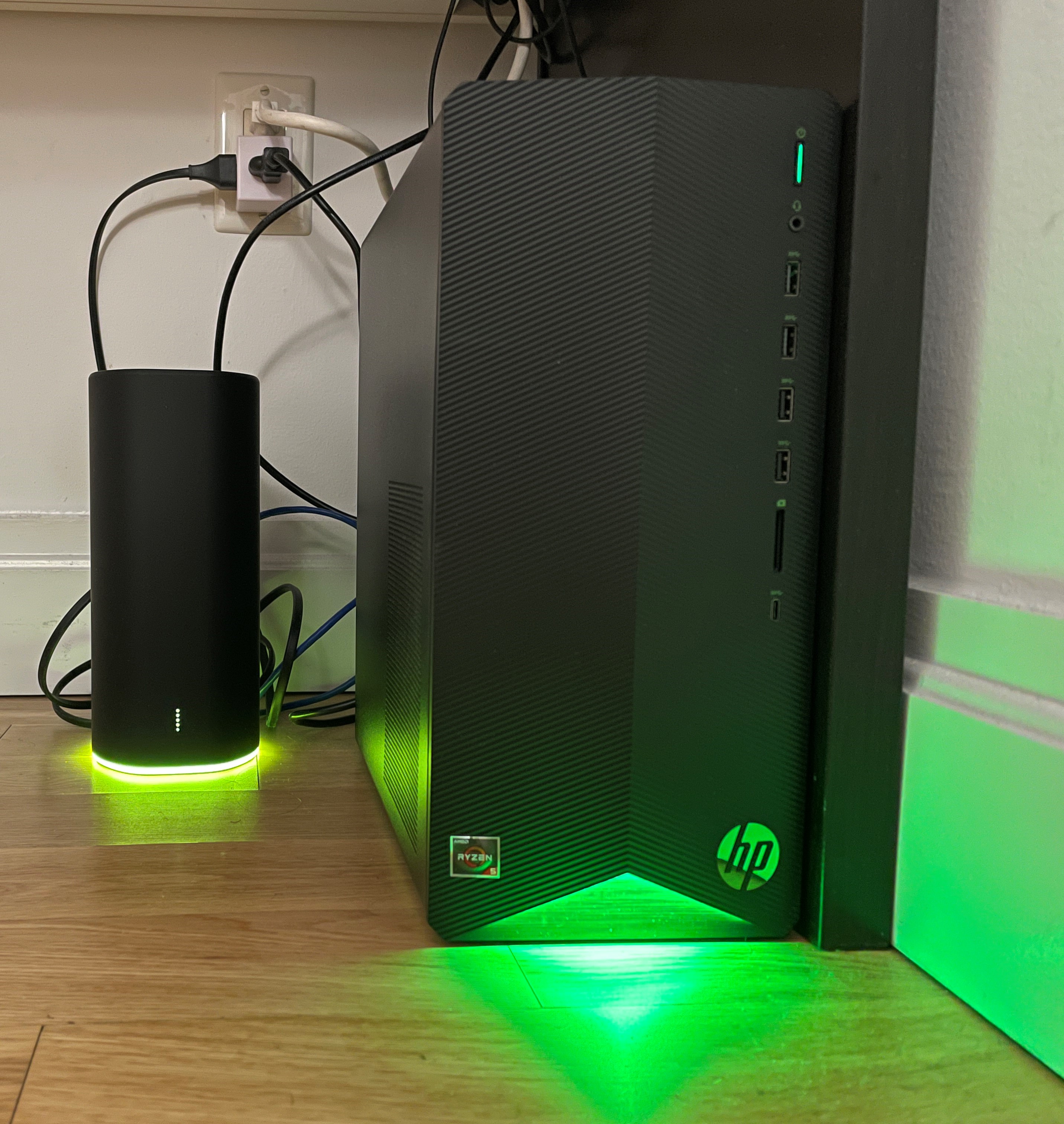 For photos of the app, the Amplifi HD Gamer’s Edition write-up has several.