While Apple has been working on enlarging the iPod Touch, a patent seems to indicate Apple’s interest in reducing the laptop form factor. The patent recently granted to Apple which was filed back in 2008 shows Apple is working on reducing the sizes of connector ports, the patent mentions that the size of connector ports is one of the hassles in reducing the computer form factor, RJ-45 being one of the larger connectors in size. The Macbook Air does not come with a RJ-45 connector precisely for this reason. Since Steve Jobs categorically said that netbooks suck the patent might suggest that the technology will be used to reduce the size of the Macbook line-up. Images: 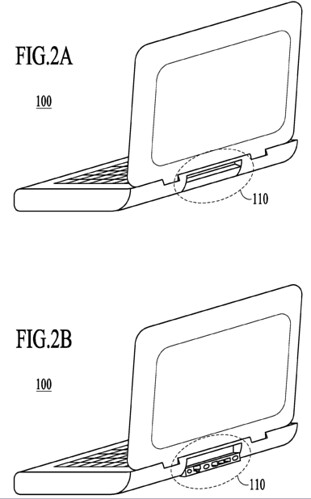 Macbook Air has a similar implementation where you open a cover to expose the ports. The patent states the following on the benefits of the patented technology: 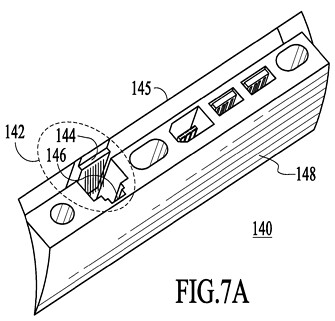 The images show the connectors are placed at the back of the notebook, which isn’t where the connectors are as of now on any of the Macbooks as far as I know, probably hinting at a new Macbook body? And since the size of the RJ-45 port will be reduced it might come in the next Macbook Air refresh.