After Surface and reading between some announcements, a phone from Microsoft has become a matter of when rather than if. And for Microsoft, leveraging the Xbox brand makes sense. Apple is currently dominating mobile gaming with iOS, and for Microsoft having Xbox only as a hub for all games with only stats integration is a waste of Xbox’s mobile potential. All this might change soon. Then again, this is a patent so when Microsoft actually unveils what’s depicted is a different discussion, could be before Durango, after Durango, or knowing Microsoft, perhaps never.

I stumbled on a Microsoft patent application that shows the UI for a mobile game controller. The interface is the Xbox controller on a touch screen. It’s that glimmer of hope that this shows Microsoft’s plans of actually doing a mobile device that resembles the Xbox controller while playing games and will give us integration more than just avatars and stats. 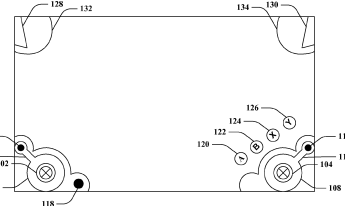 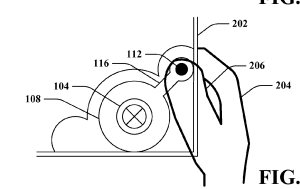 Here’s what makes this a lot of fun, you know that thing we all do when we’re excited, we take the controller to the left hoping that our car will turn left quicker, the Xbox Mobile controller with it’s several sensors will do that:

So there it is, internally Microsoft is bringing the Xbox controller to a mobile device, a dedicated Xbox mobile gaming device with music & video services–a new Zune–a second attempt at competing with Apple’s iPod Touch. Or a Xbox Phone we’ve wanted, take your pick.