Magic mouse brought multi-touch to the mouse and why it took so long, I don’t know. Microsoft is planning on adding some magic of it’s own to input devices like computer mice. Microsoft Hardware has a wide range of computer mice – Microsoft Arc, Wireless 6000, Sidewinder to name a few. Microsoft has their tracking technology – Bluetrack. According two patents filed by Microsoft in November of last year, Microsoft is working on pressure sensitive mice.

Depending on the pressure applied when you click, the behavior of the mouse will vary. Sounds quite interesting and at the same time a bit weird considering a lot of users have the habit of clicking with a lot of force. The device will have a learning curve definitely. The patent states two interesting use cases of pressure sensitive mice:

The number of files selected when mouse is moved in a diagonal direction would depend on the pressure applied to the mouse click. The following images would explain better: 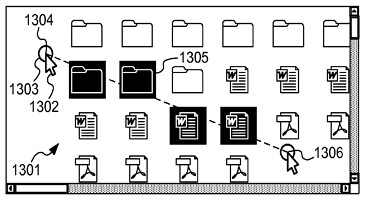 The above image shows four files selected and the mouse moving in a diagonal direction. The pressure applied to the click is less here. 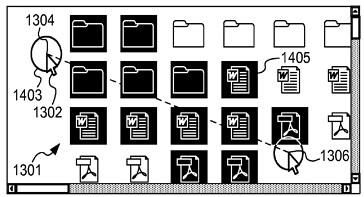 As seen, more files are selected, the pressure applied this time is more.

The second use of this technology as shown is the amount of page scrolled depending on the pressure applied when clicking. Images: 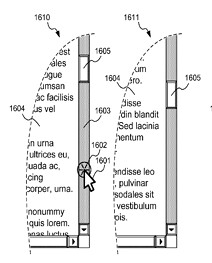 The left side image shows the position of the cursor and when a normal click made the amount of scroll performed is shown on the right side. 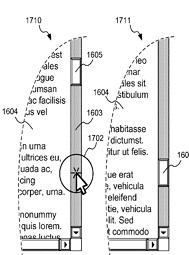 Similarly, when the mouse is clicked with more pressure the amount of scroll is more as shown on the right side image.

Another patent filed on the same day shows that Microsoft refers to the clicks that have more pressure as Hard Tap. The Hard Tap patent is described as:

The use of variable-pressure taps in computer interfaces is disclosed in which tap inputs cause different functions to execute depending on the pressure applied by the tap. A hard tap is interpreted when a user makes rapid contact with the input surface, exceeding a threshold pressure within a threshold time, possibly without exceeding a threshold distance from the initial point of contact.

Another one of Microsoft NUI concepts. I’ve posted about a Microsoft Research project that features pressure sensitive controlling as well – Device Control by Muscle Movement