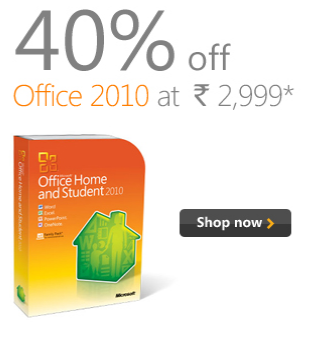 In the US, Microsoft has brought back Family Pack which is three Windows 7 Home Premium Upgrade licenses for as low as $149. Sometime back I had asked why Microsoft India doesn’t have something similar in India, the response was underwhelming. Anyhoo… today, Abhishek Baxi shared on twitter that Microsoft Office 2010 Home and Student edition is now available at Rs. 2,999.

Quite an attractive deal. Thanks for the tip Vasu.