Piecing Together Where The WP7 Update Process Got Messed 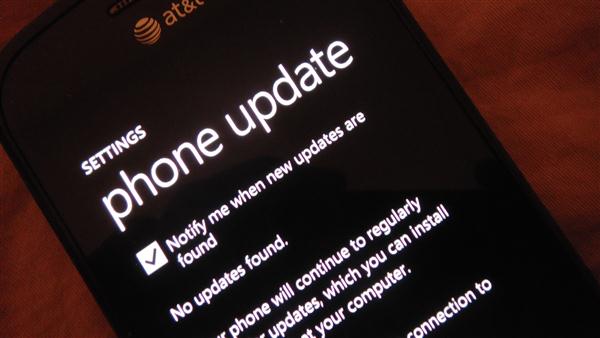 So far Microsoft has released two updates for WP7 and unfortunately I’ve got neither (AT&T, Samsung Focus). Understandably I’m furious, as a consumer, as an enthusiast who saw WP7 as a promising platform and as an early adopter. What the updates bring aren’t something I can’t live without (what I want, won’t be coming since the focus groups never asked for it, more on the focus groups later). So far Microsoft has made three attempts at saving their asses and here’s what I understand has gone wrong with the pre-NoDo and NoDo updates.

The pre-NoDo update bricked certain phones and never made it to all phones following which Microsoft made a blog post trying to clarify their update process which can be summarized as:

This obviously is an iterative process with a point of failure being with OEM code or carrier code and can also be restricted to a specific OEM handset for a carrier (Focus on AT&T but not for Omnia 7 on another international carrier). Point being, there can be several combinations that can cause a problem.

The blog post further said that Microsoft learnt from the first update blah blah. A few weeks later Microsoft made NoDo available, this time again several customers, specially the ones with carrier locked phones did not get the update the same day. Outraged, users and the tech press made sure Microsoft heard the displeasure. For what it’s worth Microsoft responded with another blog post and a chart on the update status for US and international users. It was terrible news for me (AT&T users), all of the AT&T handsets were still being tested. Let’s look at this, AT&T has three phones from different OEMs, each needs to be tested. As I pointed out above, 3 OEMs with different firmware and AT&T with their own code, a lot of problems can happen. And they did.

Joe Belfiore today made a statement essentially tying all of this and saying that it took them time to understand OEM tweaks for the hardware. He further implied that to minimize mass hysteria with several handsets being bricked they will be doing a phased roll out (something we’ve heard before) and confirming this yesterday there were headlines that Vodfone UK, Orange UK (funny, they are/were the same in India) and an unnamed carrier claimed Microsoft was delaying the update process. Unfortunately, the truth was slightly different, wouldn’t get websites the same traffic.

Let’s consider Apple and the iPhone, in the US so far they’ve had 4 handsets (one each year) and 1 carrier (till this year) which obviously makes the whole testing process very straightforward. Therefore, I believe Apple has been able to dish out updates more frequently. Apple is the OEM, their only external testing is to be done with carriers which again are lesser compared to Microsoft. This drastically reduces the failure points.

To sum all this up, Microsoft has several stages where the updates can fail. It is a price they’re paying for a type of fragmentation. It’s something that shouldn’t have happened but given the number of people involved I wouldn’t say I’m surprised. Too many cooks spoil the broth.