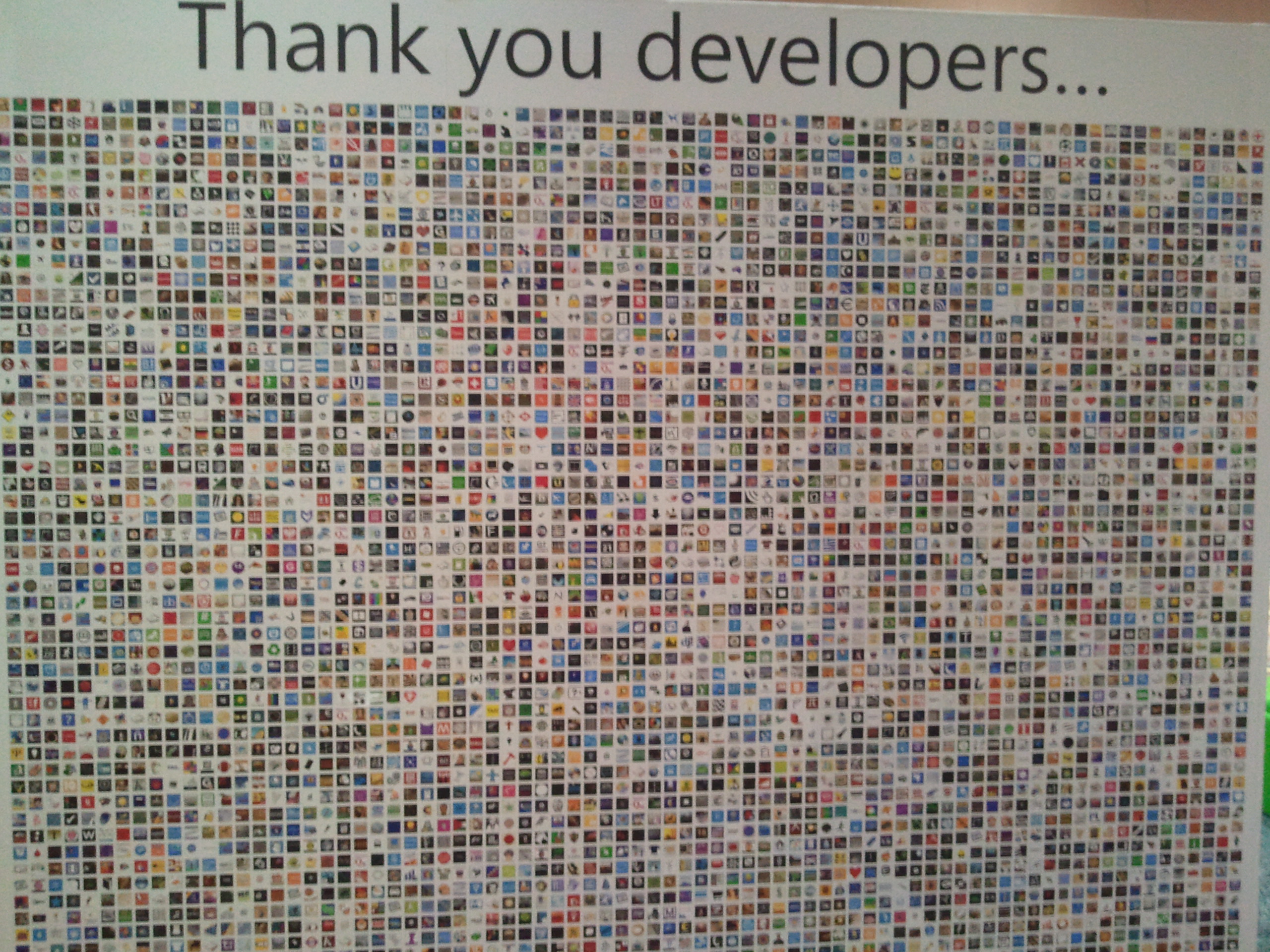 For those not aware, Microsoft’s annual web and design conference is underway in Vegas. The big announcements so far platform preview of IE 10 which if IE9 and Windows 7’s timeline is to be considered will release along with Windows 8, a year from now.

Update: Long Zheng has some high resolution pics of the wall.

There is a lot of focus on Windows Phone 7 development. So far the developer interest in the platform has been growing. To commemorate the enthusiasm Microsoft has put up a wall filled with icons of the Windows Phone 7 apps. The wall while good doesn’t compete with the one Apple had at their developer conference: