Bill Gates has been saying that Tablet PCs are the future for quite a while, Microsoft tried its hands but wasn’t able to come up with something spectacular, which might change with the Courier aka Codex. If Netbooks defined the last 3 years of this decade, Tablet PCs will define the beginning of the next.

While everyone is talking about the christening of the rumored Apple Tablet, my cousin kept harassing me to compare the so far known Tablets, I kept pushing it but since I had nothing to do I thought of putting together a chart. I’ve compared:

So here’s the chart I put together and I shall be updating it as & when more information comes I can: 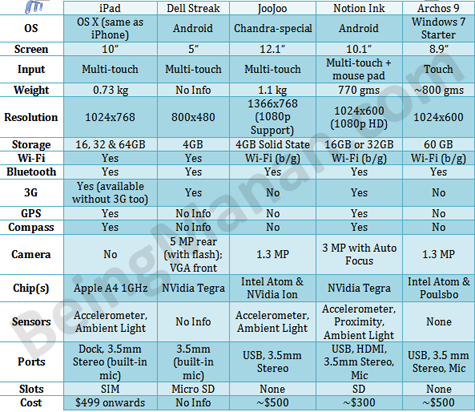