While Long Zheng has reached Barcelona for Mobile World Congress and prepares for his coverage, I came across a patent where Microsoft plans to allow users to capture clips of content media streamed by broadcasters such as TV shows and share them using their mobile phones. Microsoft had shown at CES2010 content being streamed on a HTC HD2 using the MediaRoom service, this could very well be an extension to the same. From the patent page:

Methods, software and apparatus are described which enable users to share and exchange clips from broadcast media using their mobile devices. Whilst watching broadcast media, a user can cause their mobile device to capture a clip, for example by pressing a button. The capture of the clip enables the user to show and share the clip with friends as part of a system of exchange. 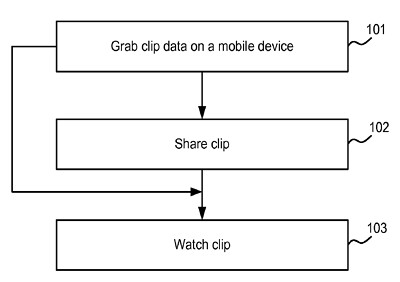 The clip captured will definitely be DRM protected and depends on the broadcasters. This might be a feature for the non-business edition of Windows Mobile 7. Will these features be shown at MWC 2010, follow Tom Warren & Long Zheng’s live coverage.

PS: Microsoft, while you’re at it how about a dedicated shortcut for taking screen shots?