While this is the iPad month, the USPTO has released an Apple patent filing that elaborately explains another use case scenario of Near Field Communication or NFC. In a previous filing Apple showed the ability to control doors using the iPhone, this time Apple has filed for a patent that will let you use the iPhone to buy groceries, setup your Credit Cards to make payments, even configure which type of commodity should be paid for using which Credit Card. While we’ve seen apps that allow you to pay for coffee at Starbucks, this app comes from Apple and has two parts to it – financing & shopping. The iPhone will have an icon to launch the Shopping applications. Screen shot: 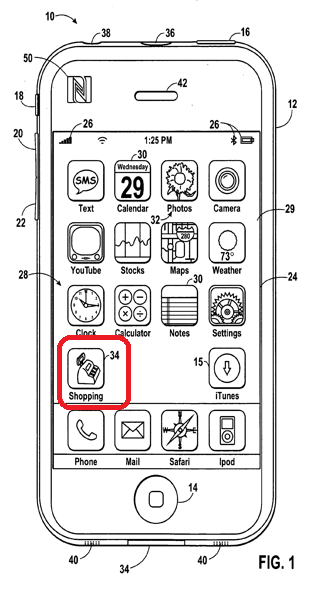 The patent presents some of the following scenarios: 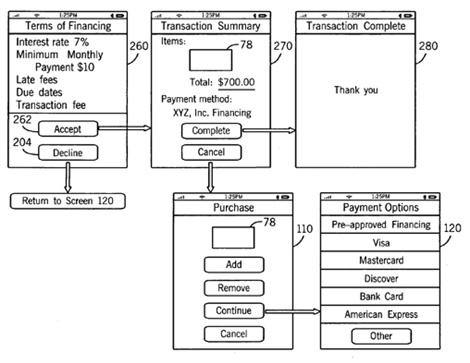 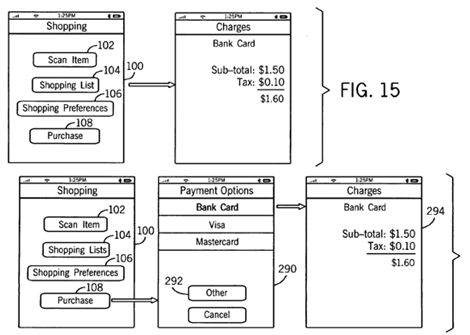 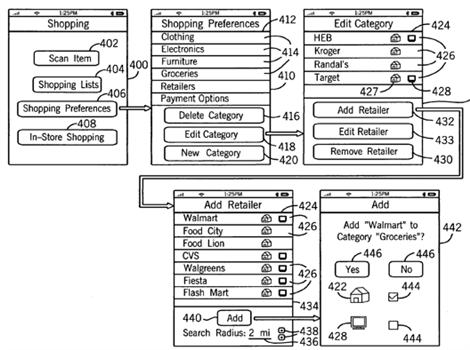 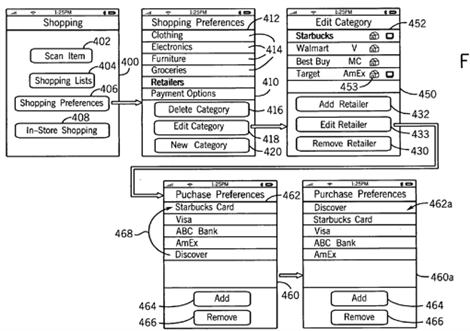 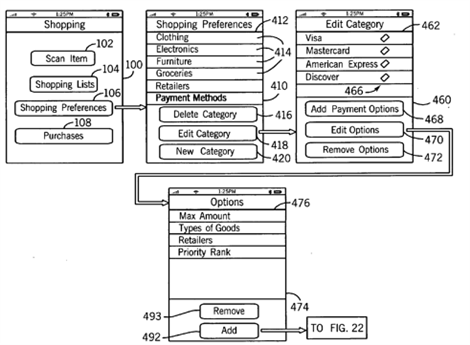 The other part of the patent describes financing options. This seems more towards banking, taking credits and loans. The patent shows several options:

Friend financing – where one can accept credit from friends, this is done based on NFC. Your iPhone and your friend’s iPhone will connect with each other using NFC and you’ll be prompted by a wizard on the phone taking you through the rest of the steps.

The other method of financing explained is using financial institutes. Images: 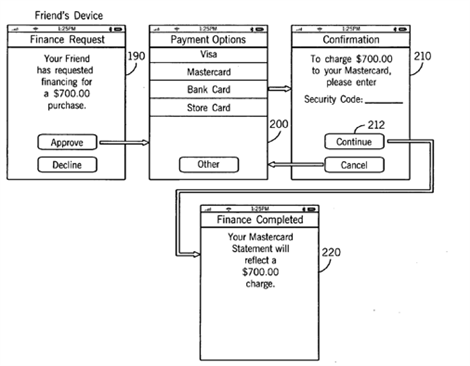 The third part of the patent is about payment. One of the interesting implementations explained here is – Automatic Payments. A predefined small amount can be configured to be automatically paid using the iPhone. The next time you purchase a couple of Coke cans, you won’t have to waste time at the cash counter. Screen shots: 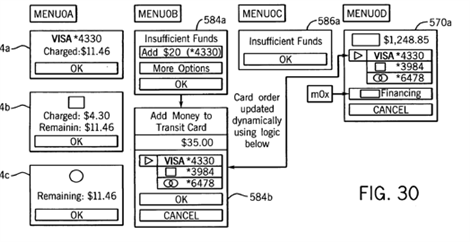 The idea is to make life simple. Reduce the time spent in payment queues at malls and grocery stores. Me likes. Whether this will be introduced in iPhone OS 4 or not is another issue but the concept is pretty cool. The patent is by far one of the most elaborate ones I’ve come across with a whole load of text and images.