A Look Inside Microsoft’s Envisioning Labs 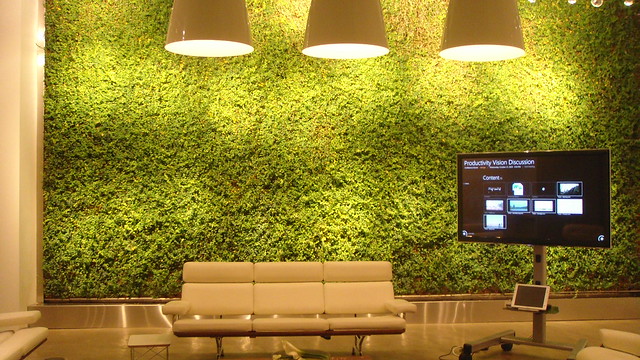 This is where some of the magic happens. The devices for the future are designed here and to be honest here are where they are left. At PDC10 I got a tour of Microsoft’s Home of the Future and the envisioning labs. We were asked not to take pictures of the home but I can tell you that it was quite fun. Sensory networks with projectors, that’s the future.

Big screens with large flying icons looked nice, Bing integrated with Photosynth and geo-tagged images is now, analyzing these images for objects (brands) in these images and then you being able to use these as data points to interact is next.

The envisioning labs is where some of big clients are taken and they allowed us to take a few pics. There was a Surface, a large Windows Phone 7 display, Kinect controller that showed the skeletal reference and a setup that looked like the mobile projector shown at Picnic 09. We weren’t allowed to take pictures of all the equipment in the labs except the three screen computer with adaptive touch keyboard shown in the Montage video, is pretty cool: 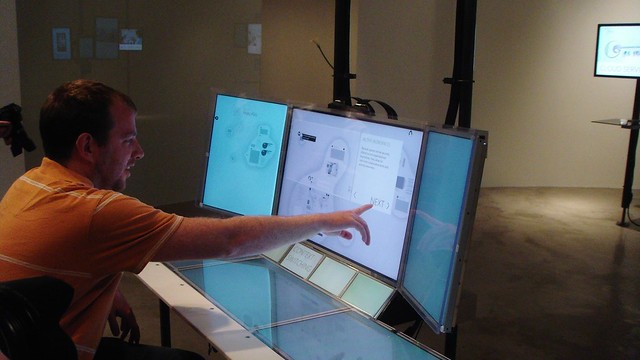 A closer look at the display and the keyboard: 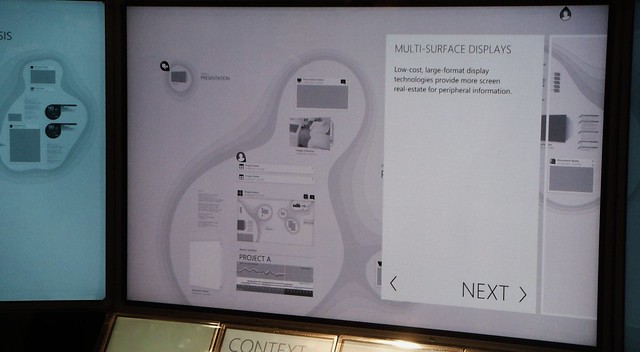 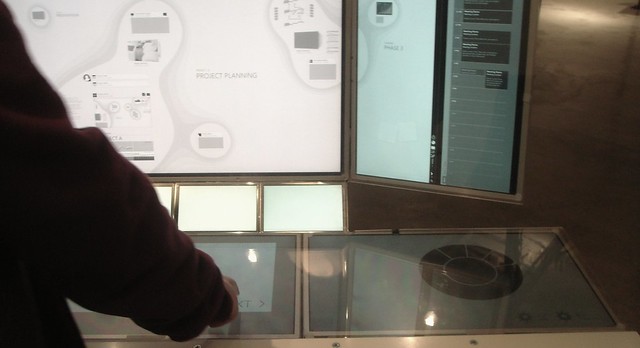 The touch sensitive wall that greets you. You are supposed to be impressed with the projector and touch setup here: 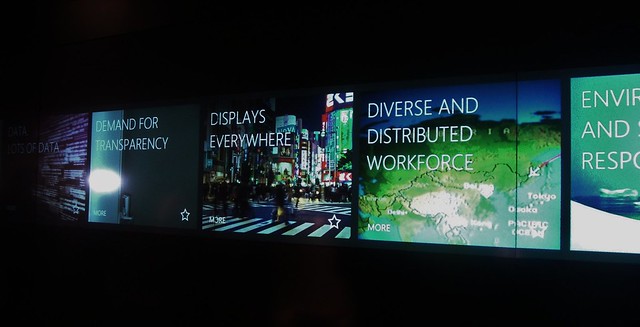 We had a tour of Microsoft’s Home of the Future but were asked not to take pictures, there is however one guy who did do a post for PCQuest or some other website.