Update: Part two of the post highlighting changes in the Beta.

I had a feeling that 2010 wasn’t going to be an upgrade to Office like what Windows 7 is to the Windows family. Having said that, Office 2010 Technical Preview does show some promising upgrades. In between giving my exams I did find some time to play around with the leaked version of Office 2010 & found some improvements over Office 2007. One of the biggest additions to Office 2010 will be its online collaboration capabilities I wrote about & we have some proof of that in the current Preview build. Here are some noticeable improvements in the technical Preview build:

A really handy addition & at the same time a beautiful implementation of the same. Word & Powerpoint both have the ‘Screenshot’ feature under ‘Insert’ & the useful part is that it caches screen shots of the currently open windows for one-click insert. At the same time also gives you the marquee select option. Screen shot of the ‘Screenshot’ feature: 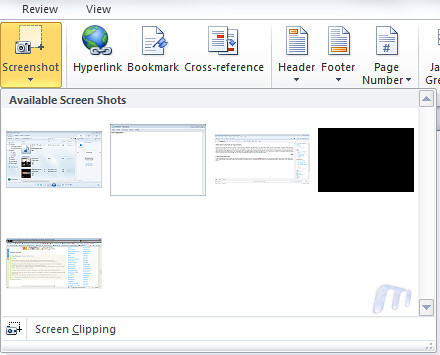 This is a feature that I’m sure quite a lot of us will be using. A neat addition to picture properties is ‘Background Removal’. To show you the power of this tool, here is an image that I inserted into a Word 2010 document: 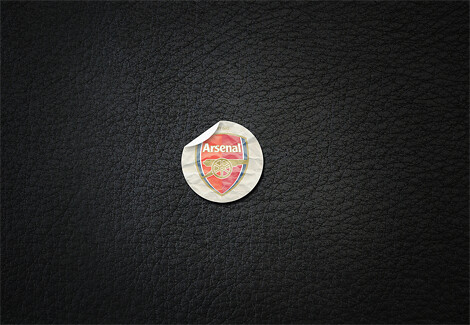 And after using the tool this is what I got: 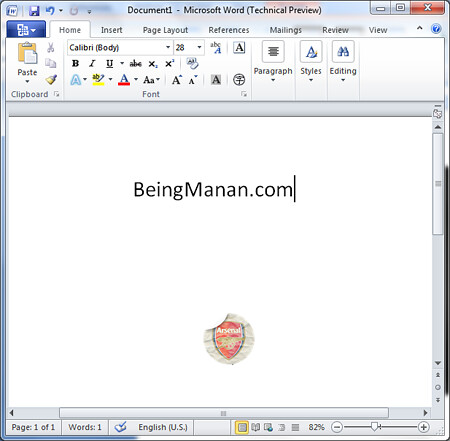 NOTE: No use of Photoshop AT ALL!

The tool also let’s you have certain amount of background left with edges & effects, screen shot: 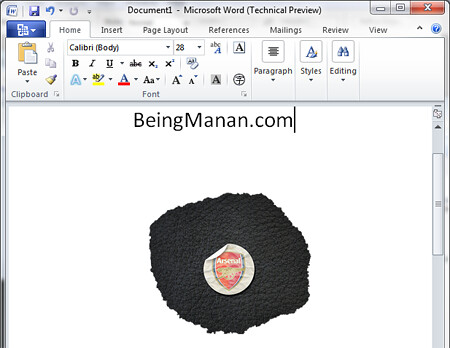 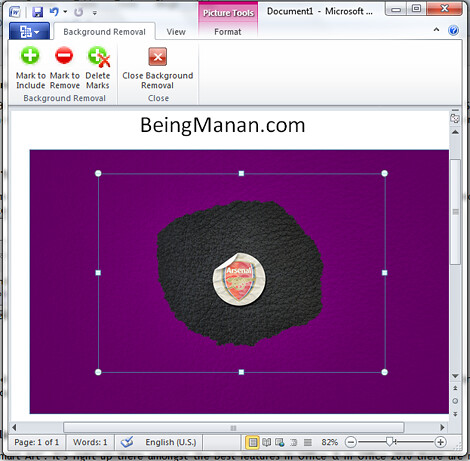 I found this to be a good addition as a feature. Every time you download a document from the internet & open it, Word 2010 will open it in a ‘Protected mode’ that won’t allow you to edit the document unless you enable editing of the document. Screen shot:

You can edit which file types are to be opened in the protect mode from the Trust Center panel. Screenshot: I gotta admit, I love ‘Smart Art’. It’s right up there amongst the best features in Office & in Office 2010 there are new templates added. Existing categories have new templates & there’s a new category as well. Screen shot: As I had talked about co-authoring a document & collaborating over the Internet will be one of Office 2010’s USPs, the ‘Protect Document’ option under ‘Review’ in Office 2007 has now been renamed to ‘Restrict Editing’ & a new tab titled ‘Block Authors’ has been added. Screen shot of the option in Word 2007 & Word 2010 side-by-side: 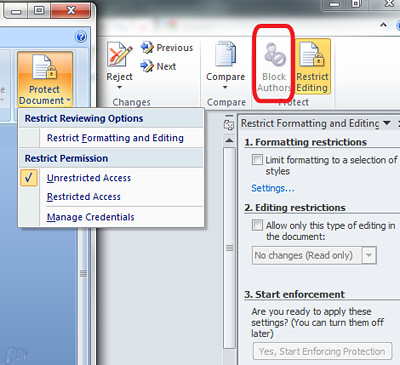 Office 2010 has introduced a huge a change in the document options that are presented to you under the Office button. One of biggest pains was the meta-data that can be added in a document. Quick access to permissions, document meta-data under document info. With Office 2010 you now have the option of saving your document to a SharePoint location as well. Screen shot: 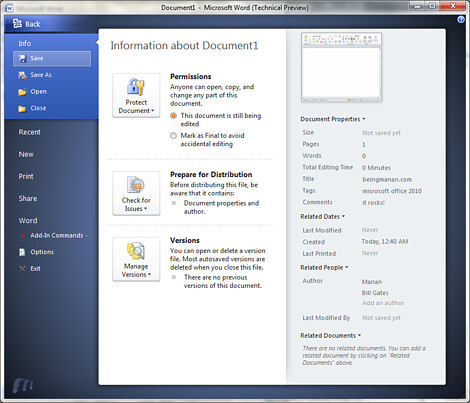 7. A Kick-Ass Print Control Panel Under the Office Button:

This is a fantastic addition, clicking ‘Print’ under the Office 2010 button opens a plethora of printing options. No need go through a ‘Print Wizard’ you can select all your print options from here & hit print. Screen shot: 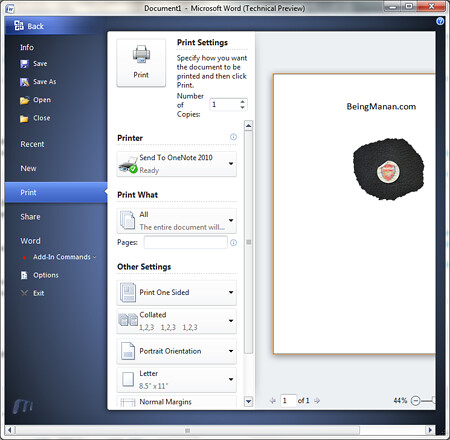 As you’ll might have seen, Outlook 2010 now makes use of Windows 7’s Jumplist feature for quick access to certain processes. Screen shot: 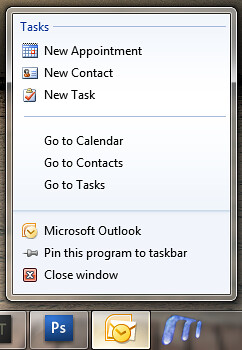 You don’t really figure out the awesomeness till you see the close & minimise options & the sleek animation. Martin asked in the comments whether Powerpoint 2010 now has the Equation Editor & yes it does. Along with it, there is another tab – ‘Action’ which allows you to configure mouse-click or mouse-hover action of objects. Options include running a Macro or a program amongst others. Screen shot: 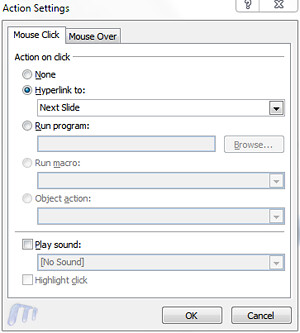 Have been lazing around about updating this post but here are some new features in Powerpoint 2010:

11. Broadcast Presentations To Your Clients:

I say this is one sweet feature! Now you can broadcast your presentations by sending the intended viewer a URL, this works along with Office Live Workspaces & you need an account of the same. Screenshot: I’ll be honest, I never really enjoyed inserting videos in my presentations ‘coz it wasn’t a pleasant experience. It sucked. Not anymore, check out these options, screenshot:

As shown above, the all new file menu, known as — Backstage gives you options to compress the media files inserted in the presentation to reduce file size, it even gives an esitmate of the presentation size. Screenshot:

My favorite from the new ones is the Gallery transition effect. Another addition to transitions is that the % can be defined. Screenshots:

When closing an unsaved file Office 2010 now lets you know that it has auto-saved a draft. Screenshot:

With Office 2010, a cleaner interface has been worked upon. There is now a single-click show/hide option for the Ribbon. Screenshot: 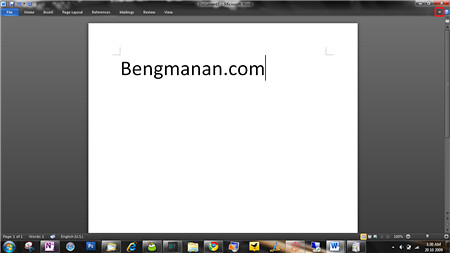