Yesterday I blogged about what is expected at MIX10 for consumers, today we’re seeing signs of it. Ahead of MIX10, Hotmail’s sign-in page has been tweaked a bit. The font for ‘sign in’ has been changed and the size has been increased. The login box has been tweaked as well. According to a tweet, Windows Live Wave 4 web apps will sport a Metro inspired look with Segoe typography. The new Hotmail sign-in page: 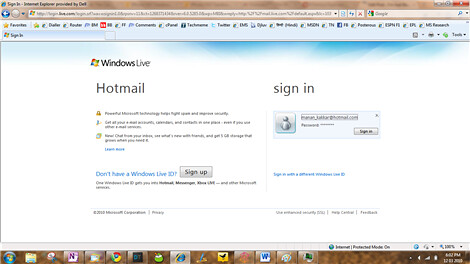 Update: The Technet and MSDN sign-in pages were updated too and they look neat. Technet: 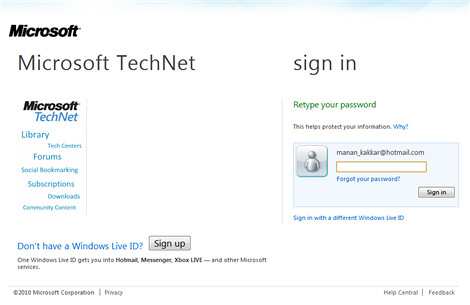 WLV4 web services will use a more Metro-inspired look. Basically large, fluid Segoe typography. The sign-in page is just the tip of the iceb

Metro is the core UI for the newly announced Windows Phone 7 Series. Here’s a Metro poster at one of Microsoft’s office spotted by Paul Thurrott: 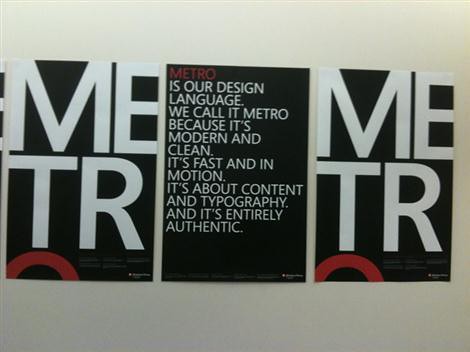