When Swype came out it was a new way of entering text, it still is pretty cool! I’ve tried it a couple of times and love the way it works. However, I’ve always wanted hand-writing recognition to evolve since it’s more natural. In an implementation that combines Swype like gestures and hand writing recognition, Microsoft has now been awarded the patent for allowing you to draw characters on the touch keyboard and they’ll be recognized.

While it sounds weird, the following diagram should simplify it. If you want to type the word loud, this is how you would do it: 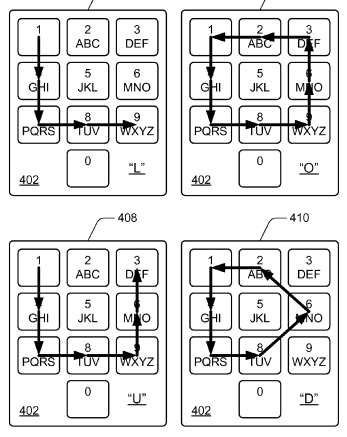 The other way of entering text that the patent covers is what American companies use for their 1-800 numbers. As explained in the patent application, if ne were to type out Seinfeld in that manner you’d end up typing 73463353: 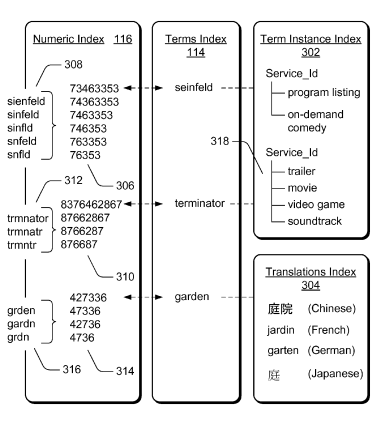 Based on the patent this seems to be done by using a database of entries across which these are mapped and searched, which means, Internet connectivity, which means lag, which means data plan goes for a toss. Having said that, Microsoft TellMe is something similar but for voice and works surprisingly well on the Windows Phone 7. Another cool use case of the implementation is using the annoying SMS lingo to search for media like TV Shows. Described in the patent are two examples:

These entries are searched for on the database and relevant results are shown.