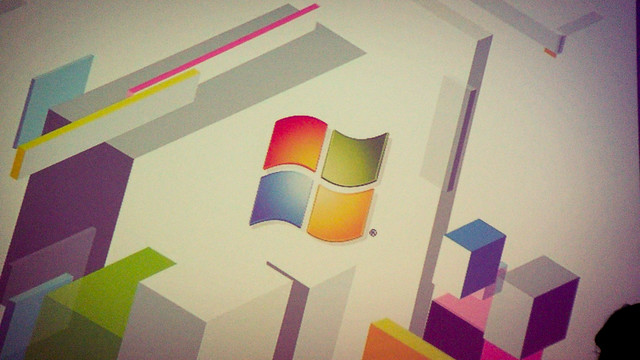 Windows 7 has now become old and boring. There are no problems to write tutorials about so Windows 8 is exciting and something I can speculate about. Having written about some of the leaked slides and having read the several rumors that followed I have a theory of what Microsoft’s vision is. I’ll try to bullet it out since long essays are boring to read.

The way I see it, mobile computing has two segments:

The cloud adds an interesting dimension to computing on the go. Tablets and laptops are usually a second or third computer for people with their primary being a work desktop or home server that has all or most of their data. Files stored on services like Windows Live, Google Docs are synced with at least one desktop. Current Windows is not for touch computing or in a more broader sense, for computers with a smaller form factor, some of the netbooks looks really cramped with Windows on them. And here is where I think Microsoft’s strategy for having two different UIs for different specifications might fit in well.

The way I look at things is, Windows 8 32 bit will have a UI that sports bigger icons, bigger text – focusing on smaller screens and being touch optimized. Chrome OS and Android are targeting smaller sized laptops & mobile phones/tablets respectively. Chrome OS’s USP is cloud integration, Android is touch friendly. Microsoft might just be looking to club these into one UI for a cloud based, touch friendly OS for smaller computers – tablets and laptops.

Microsoft plans to achieve instant-ON too with Windows 8 which would make perfect sense for netbooks/tablets and can be achieved if the OS is lighter and less graphically intensive.

As far as the 64 bit edition is concerned, the 3D stuff is about high end and powerful computers, the kind you have at homes, these might double as your home servers with cloud capabilities that make using computers running the 32 bit edition more practical, quick and easy. Better Xbox integration and access to data stored on the PCs running Windows 8 is something I’m certain will happen since Microsoft is positioning Xbox as your gaming console and TV companion.

PS: I don’t buy the desktops will be irrelevant within 2 years argument.