IE 9 To Enhance Tab Browsing – Quick Tabs To Be Improved

Looks like I’m spending quite a lot of time on the US Patent & Trademark Office website, but it’s totally fun (of course minus the really un-intuitive website design). According to a patent filed by Microsoft on the 22nd of September last year, the little known Quick Tabs feature in Internet Explorer is expected to get more functionality and better tab management options. Quick Tab as of now displays thumbnails of all tabs open and a close button for each tab. The patent images reveal that significant improvements will be made to the Quick Tabs interface. Some of the expected enhancements are:

Patent images illustrating the above concepts: 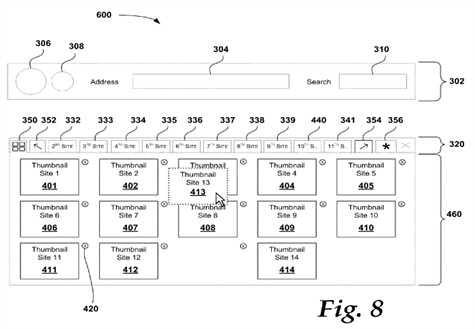 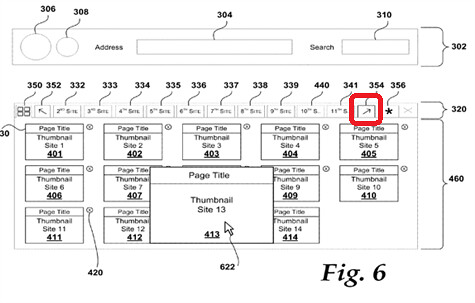 The red highlight shows a darker border to the right overflow icon compared to the one for left, indicating that the web page for Thumbnail Site 13 is on the right.

Internet Explorer 9 was talked about at PDC09 and is expected to be announced at MIX10. This might be one of the many improvements Microsoft is working on for the next release. The Quick Tabs feature isn’t talked about a lot but is very useful while browsing multiple tabs.