While I am still going through the information overload from MIX10, a patent filed by Microsoft on November 20th,2009, gives glimpses of what Redmond might be bringing in Windows 8. The patent shows:

The patent shows a chart of drag- and drop feedback options showing scenarios of when a file(s) is dragged to a particular type of location. The chart: 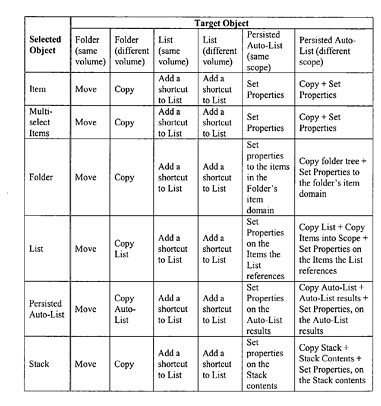 While the traditional drag and drop does what it is supposed there is one obvious issue I run into. Moving a file from one location to a child folder in another folder. To explain this better, here’s an example:

Consider you have a file Bleed It Out.mp3 in the Music folder and you want to move it to the folder Minutes to Midnight which resides within Linkin Park (where Linkin Park is in Music)

you would cut file, navigate to Minutes to midnight and paste the file.

What the patent proposes:

Drag the file Bleed It Out.mp3 over Linkin Park and pop-up will appear showing you the child folders, in this case Minutes to Midnight and you can drop the file there. 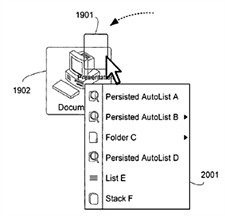 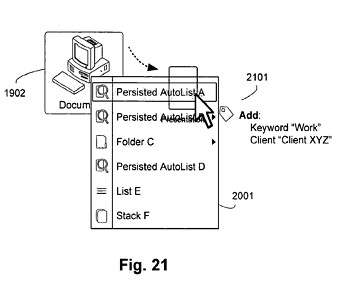 When looked at carefully there are options such as Stacks and Lists in the context menu, with distinct icons indicating newer ways to categorize content. Stacks, Lists and Auto-Lists seem to be an extension of Libraries. The patent shows images of rich meta information like file tags being shown when you’re dragging it around. Images: 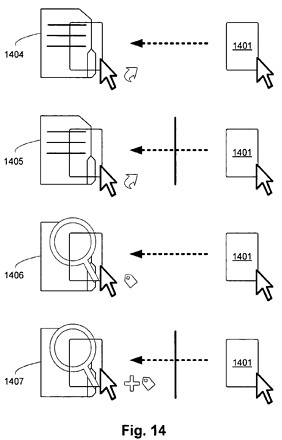 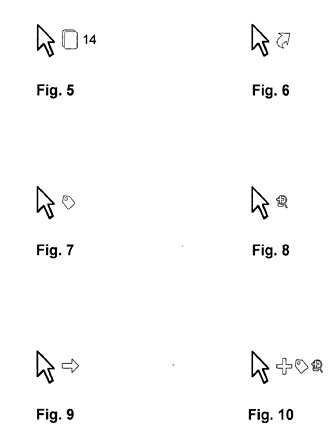 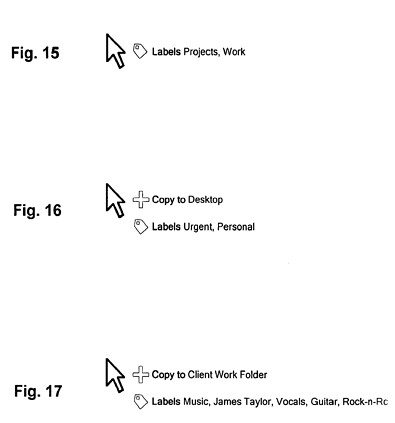